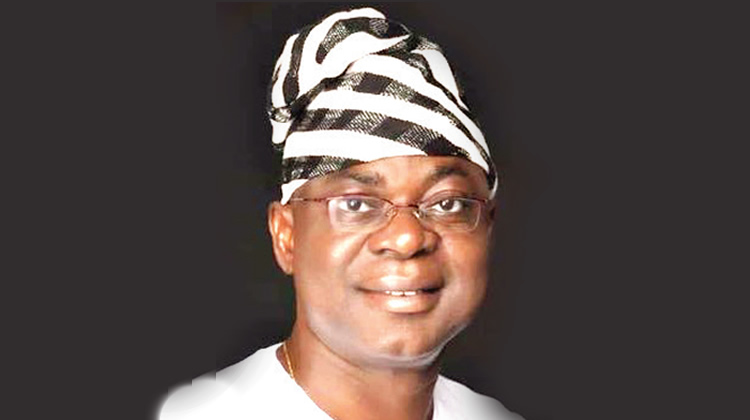 In this interview with JOHN CHARLESThe legislator, representing Benue North-West Senatorial District, Senator Orker Jev, said on the six-week ultimatum given by opposition senators to President Major General Muhammadu Buhari (Retd.) to address insecurity tackling the country and other issues

In In the run-up to the 2023 general election, you refused to seek re-election, paving the way for Benue State Governor Samuel Ortom to run unopposed as a senatorial candidate. Were you afraid of the governor?

In all honesty, let me say that I am one of the happiest politicians. I have won five elections in my life. The first was my election to the state assembly during the transition of the late General Sanni Abacha; we were not inaugurated, but I won the election. Then I won three times the House of Representatives and now the Senate elections, making me five times.

So I consider myself very lucky because I know how some people have struggled to win one election and have never been able to win it.

If you understand the political landscape of Benue State, we have emphasized fairness.

In our local parlance it is known as ‘eat and give your brother’.

So in the Benue North West, known as Zone B, there are two geopolitical zones; the Jemgba and Minda axis.

So, in my estimation and the way I do my own things, I think it’s unfair to say I want to continue. While some politicians are pushing to keep going until they’re relaxed, I don’t want my own case to be like that.

So, the second month after our inauguration in 2019, I told the governor that I would not seek re-election to the Senate. The governor asked me why, but I told him it was out of honesty and that it would be his turn in 2023. However, the governor refused, saying that God had not spoken to him about it. But I told him that if he finally decided not to participate, I still wouldn’t change my position. So I told him I was doing it in the spirit of honesty.

And many people around him never believed me. They said I was just trying to trick the governor so I would jump him at the right time.

At some point, the main opposition party in the state reached out to me and told me to compete on their platform, saying they knew I wouldn’t get the nomination in the People’s Democratic Party because of the governor’s factor, but I declined .

To answer your question directly, I thought it was fair that after 16 years of occupying the senate seat, the Jemgba would move to the other side, Minda.

As you rightly said, in the spirit of honesty, why can’t this spirit prevail and rotate the governorship seat to the Benue South Senate District, known as Zone C, the Idoma?

Why not? I would take it if it was left to me and I had the power, but this one was in my power to make the decision and I took it. That is to show that honesty is important to me. When it comes down to it, it’s beyond me.

You see, at the last PDP governorship primary election at Aper Aku stadium, you will find out that the people of Zone C did not vote for their candidate.

Sometimes certain things are beyond you. It’s not for me to insist that this happen. But I think one day we will reach a stage where something like this will happen.

But for now, the average politician has his own calculation of some of these things. I don’t want to hold a forte or judge anyone. If it is within my power to make a decision, I will make it as I have made it in the foregoing.

You may be interested to know that many of the Minda axis, who are expected to benefit from my decision, have contacted me to hold the senatorial position until they are ready, but I declined. That’s how politics works. People talk about their own interests, but as far as I’m concerned, I don’t apologize for the decision I made. I don’t regret every decision I make about what I stand for.

In 2019, when you defeated Senator George Akume, you did not let the victory overwhelm you when you declared that you will remain Akume’s boy, but today you are close to the state governor, Samuel Ortom. How do you find a balance between Akume and Ortom?

From the first day I entered politics, I resisted the question of godfatherism. I have leaders and I give them everything they need, but I detest the idea of ​​a godfather because I’ve read so much about it and I see it’s not a positive phenomenon.

Even now, I discourage my people from abusing anyone on social media, especially my leader, Senator Akume. I started politics with him (Akume) during the Abacha transition program when I was contesting a seat in the House of Representatives and he wanted to run for governor until we broke up around 2017.

I did politics with him, we had our differences, and I left him and crossed over to the governor. The truth is that no relationship is perfect, not even between man and woman, but the good news is that when I have a problem with him (Ortom), he is very approachable, and I give my opinion, and we solve the problem on ; unfortunately I cannot say the same of the other.

Opposition senators turned down a six-week warning to the president, Major General Muhammadu Buhari (Retd.) to address the security situation in the country or face charges of impeachment. Was it an empty threat?

Well, that day we went to the board meeting. I think only one person out of all the senators present objected to the impeachment.

Almost everyone, regardless of party, was dissatisfied with the state of the country.

So the whole thing drove home for everyone, and we have some people who have been the main supporters of the president for the past three years, not just the APC, but also the hard core, as I always quote Senator Bokachu, who on currently still a member of the APC. But the attack on the metropolitan area is a turning point for everyone, including Mr. president.

Of course, several other problems were discovered, but that was the core problem. So the uncertainty has reached the stage where the APC senators can no longer come out to defend the president.

For example, when I appeared on Channels TV, the show’s host told me that to balance it out, he invited an APC senator, but none of them came to defend the president on the program.

I was also invited to a program at Radio Nigeria. As I prepared to honor the invitation, I saw a text message from the anchor that they were canceling the program because attempts had been made to get another senator from the other side, but no one was willing to come.

No one is happy with what is happening in the country and no one is willing to stick their neck out to defend what is indefensible. Some of us, even as opposition figures, do not seriously expect the president to be impeached, but as a Tiv proverb, which translates to ‘there is no proper way to cry’. So it was our call to the president to do something about the uncertainty.

So let’s hope he wakes up in those six weeks, because I heard what the president’s spokesperson said, which is very unfortunate. They think it is their job to come and defend what is indefensible.

The other time, one of the spokespersons was on the air, calling on senators to anarchists for doing our constitutional duty rather than focusing on why we were raising that issue, and what we said was that insecurity is out of control. has run.

Have they forgotten that the man said he came to solve insecurity problems and that he was given the chance to do the bare minimum of what he promised, but he was unable to do that, and you say that no president can solve his country’s problems?

In other areas, Governor Samuel Ortom should have applauded the alarm bells sooner than now that it would come as no surprise if these bandits broke into the villa one day.

Instead, he (Ortom) was abused and abused by the presidency, and this is the situation we are in now. These people are so daring and have threatened to kidnap the president. They once attacked the president’s convoy, the most protected man in the country today.

In case he (Mr. President) refuses to wake up, what will happen?

Let me tell you that impeachment is the only option we’re seriously considering. I speak from my point of view, although some of us expect him to sit up straight. Whether it succeeds or not, this is a constitutional issue. Our constitution provides for impeachment.