Artists whose career flourished with the support of Olamide 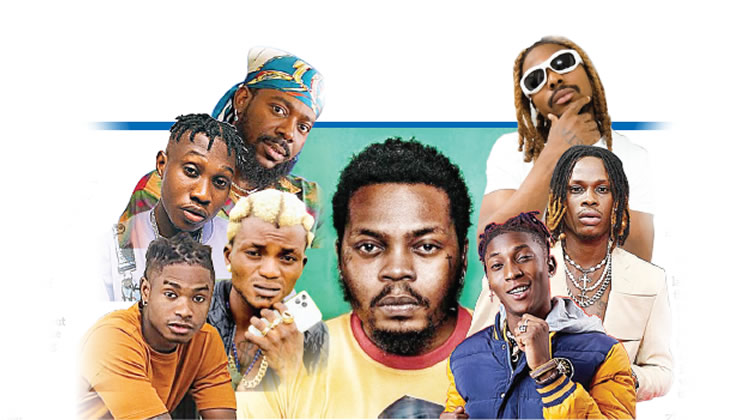 Olamide’s talent is beyond question. Despite releasing several hit songs over the years, the YBNL boss has also supported the careers of many artists

Fireboy is undoubtedly one of the top artists of the moment. The singer who signed with YBNL in 2019 recently spoke about how Olamide helped him when he had writer’s block while recording ‘Playboy’, his new album.

He told Fader Magazine: “I started making the album in late 2020. Down the line I had writer’s block, which happened to be my first creative block ever. I panicked. I thought I had lost my mojo. I called Olamide, my mentor, and he said, “Relax. It’s your first time. I know how it feels. You need to change your environment.”

In an earlier interview with The PUNCH, the “Peru” crooner also stated that Olamide was the one who reached out to him. He said: “Olamide himself approached me. He explained how much he believed in my dream and said he wanted to make things happen for me. I couldn’t refuse.”

Rave of the moment, Asake recently bought a house months after joining YBNL. Earlier this month, the ‘Sungba’ sensation had written on Twitter“One phone call from Olamide and everything changed.”

In an earlier interview with Saturday Beats, he also said that a contract with YBNL was a miracle. He said: “It was a miracle to sign with YBNL. One of my friends, Yemolee, played my songs for Olamide. He loved ‘Omo Ope’, and we did the remix together. After the song and video were released , Olamide asked me to come to the house and casually asked, “Do you want to join the family?” I was overwhelmed with excitement and took the deal as quickly as it came. It remains one of the best decisions I’ve ever made taken.”

The success story of Adekunle Gold is not complete without the contribution of Olamide. Adekunle Gold once shed light on how the self-proclaimed ‘Baddo’ influenced his music career, once saying, ‘A contract with YBNL brought me to London for the first time. That was in 2015. So YBNL changed everything for me. I am grateful to Olamide for all the support and inspiration.”

Lil Kesh was signed to Olamide’s record label in 2014. While confirming his departure from the label in 2016, Lil Kesh stated that YBNL remained a family to him. He had said, “It’s true that my contract expired about two weeks ago. My contract with YBNL was for two years, but that’s the business side. My contract included three videos and one album. But Baddo went out of his way to get about five videos for me Business or no business YBNL is family and always will be.”

When ‘Ale Yi’ singer, Zlatan Ibile, had to tap into a more established performer to break into the industry, it was Olamide he played in his song ‘My Body’. In an interview, Zlatan noted that Olamide inspired him in the early days of his career.

While many have described Portable’s rise to stardom as grass to grace, it wasn’t without Olamide’s support. After popular dancer, Poco Lee, introduced Portable to Olamide, Olamide played on a remix of Portable’s song ‘Zazuu Zeh’. That turned out to be what put the controversial singer in the spotlight.

Dancer, Poco Lee, was also the one who introduced Bella Shmurda to Olamide. In 2019, Shmurda played Olamide on the remix of his song ‘Vision 2020’. The partnership helped Shmurda gain more acceptance in the music industry.