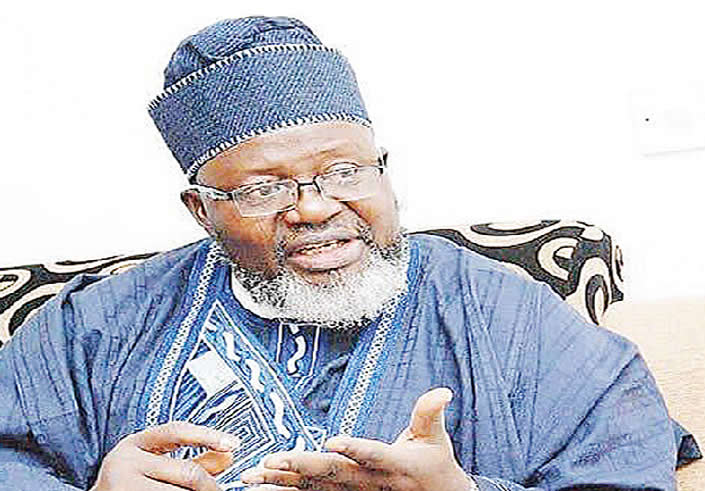 Former Minister of Communications and Director General of the Asiwaju Tinubu-Shettima Coalition for Good Governance, Adebayo Shittu, in this interview with ADEBAYO FOLORUNSHO-FRANCIS, relives the intrigue that led to his non-reappointment a second time as minister, the controversial Muslim-Muslim ticket, and why some All Progressives Congress politicians are still mad at Tinubu

How would you like to respond to the protest of the Northern Christians of APC about the Muslim-Muslim ticket of Asiwaju Bola Tinubu?

I don’t want to believe that there is anything called APC for northern Christians or Muslims. I see that as nonsense. The APC is not a religious organization but a political party strictly governed by Nigerian laws and the party’s constitution. I have not seen how Tinubu has violated the Constitution of Nigeria or that of the APC.

If he violates such a constitution, people should know what to do; go straight to court. If it is that of the APC that Tinubu has violated, then of course the party must know what to do. I suspect that some people who have positioned themselves for the ticket to the vice presidential candidacy, with religion as the main determinant and dissatisfied with Shettima’s choice, are trying to stir things up.

You mean their anger was not justified?

I am not speaking on behalf of Tinubu, but I would like to say with all humility and as a knowledgeable Nigerian who also happens to be in the APC that the candidate was not chosen as a flag bearer because he was a Muslim. He was chosen from the 23 aspirants because he was seen as the most suitable person who could give other parties a good fight. And he didn’t choose his running mate based on religion, but on zone and who could best provide the votes from the region he comes from.

There are Christian candidates like Yakubu Dogara, Boss Mustapha and Babachir Lawal from the same region who can also get good votes. Is it not?

I can’t tell unless you give me proof of their electoral productivity. Elections are not a matter of taking risks.

But if you have people who threaten that because they are Christians from the north they won’t vote, they just shoot themselves in the leg. Are you saying that Muslims did not contribute to the vote for Yakubu Dogara in his election or Senator Elisha Abbo from Adamawa? Can they win without the votes of the Muslims? These are the problems. They shouldn’t have limited the whole thing to just religion. It’s not even in their best interest. In any case, the general election is near. Let’s wait and see what happens.

Why did Tinubu refuse to address the grievances among fellow aspirants and party leaders like Babachir Lawal, leaving them hanging around for too long?

You cannot force an unwilling horse to drink water. Babachir is the closest Nigerian to Tinubu, and he promotes this even when we were together as members of the same Federal Executive Council. He also never forgets to mention that it was even Tinubu who recommended him to Buhari for the position of the SGF. Now if he thinks it’s right to bite the finger that fed him, it’s on his conscience.

What exactly does Tinubu’s running mate, Shettima, bring to the table?

As I mentioned earlier, an election is not where a candidate wants to take unnecessary risks. Remember, our vice presidential candidate is someone who has maintained governance and orderliness for eight years in a zone nearly occupied by Boko Haram and ISWAP criminals.

Does that explain why Tinubu chose him?

Wasn’t that a good reason to look for someone who can be trusted for good governance? We want to win votes, and we thank God we have someone to deliver. It wouldn’t have made sense to pick a minority. It is about who can cast the votes, and it is the prerogative of the presidential candidate to choose his running mate. It’s not about religion.

We are preparing for an election. It is the prerogative of the presidential candidate to choose who he deems fit and whose votes can make him win in the election.

By the grace of God, we will defeat Atiku even in Adamawa, his home state.

When exactly does Tinubu reach the disadvantaged Christian community?

I am sure that my director has done his best to reach the Christian community. At least other Christians in the country are twisting what the Christian Association of Nigeria and other religious fanatics say. We don’t owe anyone an apology to prove that point.

What is Tinubu doing with the reported internal bickering between fellow aspirants and party leaders tearing the party apart?

We have seen the result of his confrontation with Aregbesola (Minister of the Interior, Rauf) in the last elections in Osun and how Osinbajo has gone quiet after the primary.

Osun’s case is a local issue and cannot be used as a benchmark. This is because many people in Osun say they have no problem with Tinubu. They stated that their grouse was with Governor Adegboyega Oyetola.

..was he (Oyetola) accused of not living up to expectations?

No, he did very well. The main charge against him was that he failed to give the leaders and supporters of the state party ‘stomach infrastructure’, which became a problem. That’s why I said it was a local problem.

Apart from that, people, including some PDP elements, kept saying that they would definitely vote for Tinubu in the presidential election. I am sure you have heard or seen some of these video clips online during the Osun elections.

Anyway, wherever there is a presidential election, only one person will win.

What about Amaechi’s recent outburst and the claim by APC’s youngest aspirant, Nicholas Felix, that he was locked out of Tinubu’s camp?

Wasn’t Nicholas the aspirant who stepped down for Osinbajo? I don’t know, because Osinbajo himself was visited by our director after the primary. Is it someone who is an appendage of Osinbajo, with all due respect to him, who is now complaining?

Many of these matters can be settled politically. It’s not all we should bring to the public space. They don’t need to involve people who will fuel the passion further.

With regard to Amaechi, who claimed that APC delegates were induced to vote in the presidential primaries? Is he saying that all those who fought with him and supported Asiwaju were also bought with money? That is ridiculous.

As the Bible says, let him cast the first stone without sin. I want the public to ignore these statements.

Due to increasing insecurity, the devaluation of the naira and the economic challenges facing the country, there is a palpable fear among Nigerians that Tinubu may not have the answers to all the challenges. What do you think?

Do you see a better alternative to a Tinubu presidency? Can you name a better candidate than the one you have in mind who can overcome all these challenges? This is the same Tinubu who ruled Lagos state excellently for eight years. That record remains the most politically relevant among his peers. He has the best testimonials from those who ever ruled a state in this country.

When you came in as Minister of Communications, many people thought that your position was some sort of compensation for something from Buhari’s government. How true is it?

You mean Buhari just plucked me off the street? Of course I worked for his success.

In 2011, I was the gubernatorial candidate of the Congress for Progressive Change in Oyo State. As you can see, he didn’t pick me up from the street. And when we got together with other parties for a merger, I was one of the representatives of the CPC on the merger committee. I dare say no one has done it better than me in the state of Oyo. What should Buhari have done? Will he bet on a stranger who had nothing to do with the formation of CPC and APC? My appointment came as a natural course of events.

What you are essentially saying is that your ministerial position was not a form of compensation for loyalty. Is it not?

Loyalty cannot be in a vacuum. I was a big player. We’re talking about a gubernatorial candidate here, not an aspiring candidate. I ran in the election, while on the other side he was running for president.

In the end, neither of us made it in 2011. I have consistently contributed to the activities of CPC and APC. Tell me, should he choose people other than me who contributed more than any other party member?

What about the political intrigue that led to your resignation as Minister of Communications?

I was never removed as a minister because I served my full term in office. However, I was not reappointed a second time. I have left all circumstances of my non-reappointment behind me.

Obviously, some people were jealous and blackmailed me with speculation that I had caused APC’s defeat in Oyo state. The question is how? Did someone do anything when I yelled that the former governor screwed up APC in the state?

The governor did not allow free and fair congresses or primaries and dictated everything with a number of people who supported him.