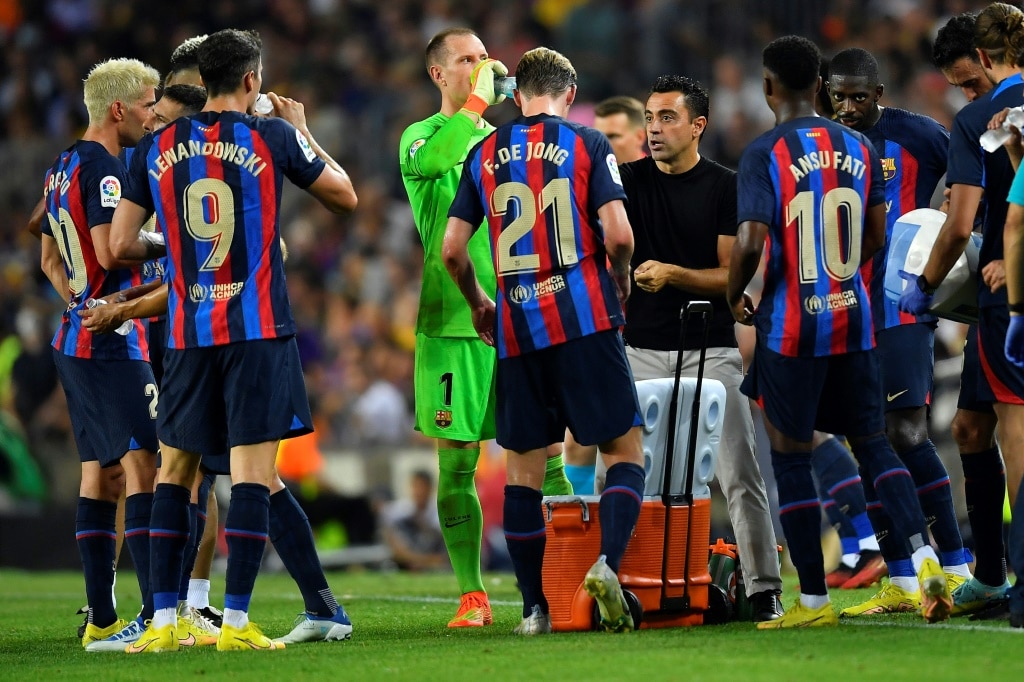 Barcelona were held 0-0 by Rayo Vallecano in their opening game of the La Liga season and captain Sergio Busquets was sent off late.

The Catalans had 21 shots on target and most of the ball in Camp Nou, but were unable to break the deadlock.

Barca boss Xavi started the season signing, which includes defender Andreas Christensen, winger Raphinha and striker Robert Lewandowski, who were only able to play after registering with the league late on Friday.

The five-time Champions League winners had to abide by La Liga’s strict financial controls before they could add ex-Bayern Munich forward Lewandowski to their roster ahead of the new season.

The hosts dominated the opening half hour when Lewandowski was denied a goal on his league debut.

The Polish forward was judged offside on a pass from Ousmane Dembele before his delicate aborted finish was negated.

When it rained at Camp Nou in temperatures of 26 degrees Celsius (79 degrees Fahrenheit), Pedri came close to breaking the deadlock with 10 minutes left to play, but his curling attempt flew past the post.

Despite their control in the first half, Marc ter Stegen kept the teams level at half time with a fine save to stop Rayo’s Alvaro Garcia in stoppage time.

Barca continued their attack on the Rayo defence, but were unable to beat goalkeeper Stole Dimitrievski, who was involved in two heavy clashes on his line in the opening 10 minutes of the second half.

With half an hour left to play, Xavi brought Frenkie de Jong to Gavi, despite the Dutch midfielder being linked with a departure from Catalonia to ease club debt, forcing Lionel Messi to leave 12 months ago.

With nine minutes to go, De Jong combined with Lewandowski, but the 33-year-old’s shot went past the bar.

Xavi’s side ended the game with 10 men when club skipper Busquets was shown a red card for an elbow on Falcao in the fourth of eight stoppage time minutes.

Less than 60 seconds later Falcao thought he had scored the winner and claimed Rayo’s third straight win over the Catalans but it turned out to be offside and the visitors held out for the point.

Striker Joselu claimed a point for Espanyol at Celta Viga with a winner in the 97th minute with a 2-2 draw after veteran Galicia striker Iago Aspas scored the opening goal of a season for his third season in a row.

On Friday, Osasuna stunned Sevilla’s Champions League qualifiers 2-1 in the opening game of the campaign.