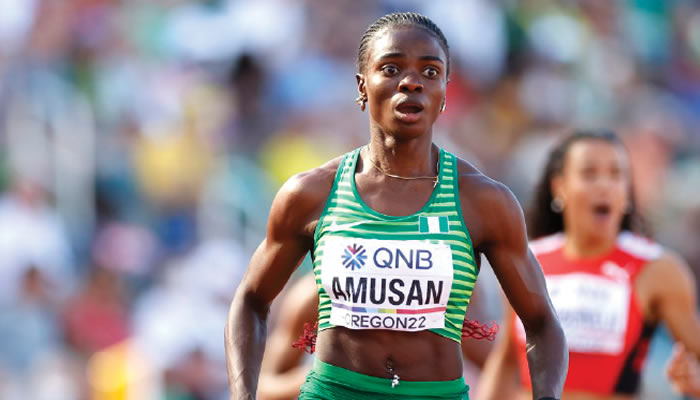 Camacho-Quinn ran a measurement record of 12.34 seconds to win the 100m hurdles ahead of Amusan, who won silver with a time of 12.45 seconds. Tia Jones from the US came in third and set a new personal best of 12.47 seconds.

It was long anticipated as it marked the first time Amusan has faced Puerto Rican and American Kendra Harrison after breaking the world record at the World Championships in Athletics in Eugene last month.

Amusan had won the Diamond League final last year, becoming the first Nigerian to do so.

She became the first Nigerian to win the 2021 Diamond League final when she won the women’s 100m hurdles, breaking Glory Alozie’s 23-year African record with a time of 12.42 seconds.

Amusan finished first ahead of Dutch Nadine Visser, who finished second in a time of 12.51 seconds. The bronze medalist of the 2020 Olympics, Megan Tapper, of Jamaica, came in third in 12.55 seconds.

While Amusan will not be attending the Brussels Diamond League on September 2, which will feature both Camacho-Quinn and Harrison in the lineup, the trio are expected to face each other again at the Diamond League final in Zurich on September. 8.