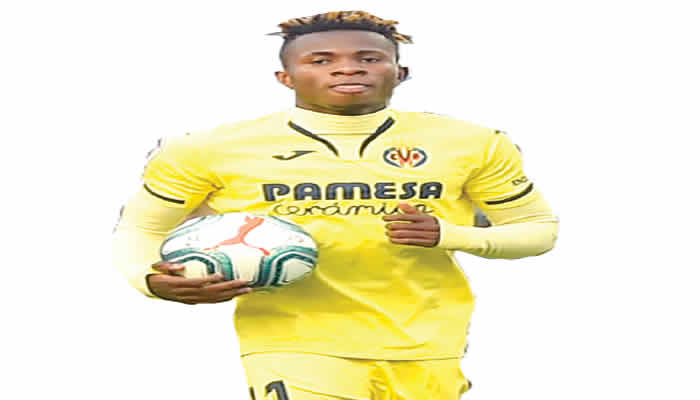 According to According to Spanish publication Mundo Deportivo, Villarreal winger Samuel Chukwueze is close to Everton on loan.

Chukwueze’s move comes with a mandatory €45 million permanent transfer option at the end of the season.

“Villarreal is about to finalize Samu Chukwueze’s departure to Everton in England,” the website wrote.

The 23-year-old Nigerian striker was to be hired from Liverpool’s ‘blue’ team, albeit with a mandatory purchase option for €45 million.

“Chukwueze’s departure from Ceramics would be one of the unexpected news of the last stretch of the winter market, as Everton’s interest only reached the ears of the ‘grogueta’ entity on Tuesday. From that moment on, the negotiations leading to an agreement in principle, pending the final margins, intensified so that it becomes a reality.”

Should the deal go to plan, Chukwueze will share the same dressing room with compatriot Alex Iwobi, who joined Arsenal’s Toffees in 2019.

Leicester City duo Kelechi Iheanacho and Wilfred Ndidi are the other Nigerians in the Premier League this season.

Chukwueze has spent his entire European career at Villarreal after moving through the ranks at the club.