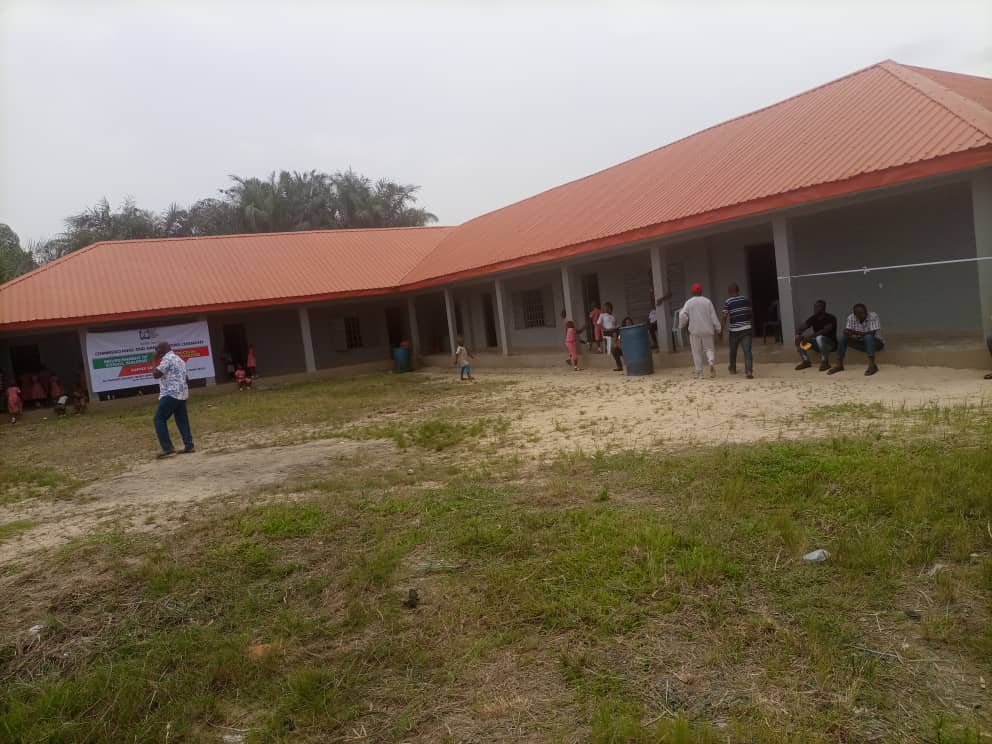 More than 60 students from Community Primary School, Ibuot Utan Effiat, an island in the Mbo Local Government area of ​​Akwa Ibom State, who endured more than a decade of dilapidated infrastructure last week, heaved a sigh of relief when Oriental Energy Resources Limited, the renovation of the school building.

A statement in Uyo on Sunday by the company’s director, Mr Mustafa Indimi, said the school building was in various stages of disrepair, including a leaking roof and lack of toilet facilities.

He added that most students were not wearing uniforms or shoes before the intervention.

According to Indimi, the intervention stemmed from the company’s initiative to build quality schools in line with the United Nations’ Sustainable Development Goals 4, which focus on ensuring inclusive and quality education for all.

The statement read in part: “Prior to the project of Oriental Energy, the public primary school with more than 60 children and a total of 4 classrooms had barely no seats in the crumbling classroom; no toilet and no uniform or shoes for most of the children.

“The rehabilitation and provision of new facilities is part of our wider initiative to build safe schools to support inclusive and quality education in all communities.

“This is consistent with the United Nations Sustainable Development Goals 4 and evidence of the implementation of the community-supported project component of Oriental Energy’s project-specific Memorandum of Understanding with the Effiat community.”

Noting that the company views its host communities as critical stakeholders, the MD revealed that the Effiat community had benefited from the company’s social intervention program, which included a five-day free medical outreach and capacity building workshop on sustainable community planning.

While the company noted that the business would thrive to “create positive and sustainable footprints through projects and programs to improve the quality of life in various communities,” the MD said the renovation contract was awarded to a resident of Effiat. in accordance with local content specifications.

Meanwhile, the community, including teachers and students, has described the intervention as commendable.

A teacher at the school, Ruth Etim, said: “I’m so happy. We didn’t even have a toilet. Now we have three new toilets and new buildings with four classrooms and blackboards. We now have so many chairs and desks; more than enough for our children.”

A board member of the Akwa Ibom State Universal Basic Education Board. John U. Udoh described Oriental Energy as a pioneer in educational development in Mbo and the state in general.

He said: “This is one way the company has proven that education is serious business. Investing in education, especially at this grassroots level, is an investment in economic development and state prosperity.”