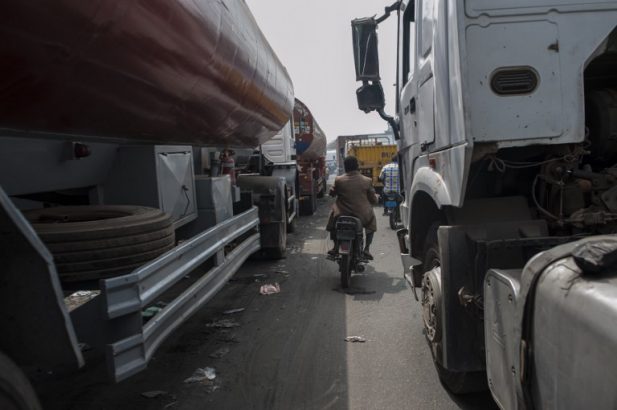 SOMETIMES we are so busy bringing in the harvest into our leaky bags and baskets that we don’t pause every now and then to take stock.

Lagos could be a lot, much better!

Curiously, former Lagos governor Bola Tinubu apologists such as my friend, O’seun Ogunseitan, and sometimes Yomi Oludimu claimed that Lagos has long since arrived. Meanwhile, those who contradict them claim, “We never even start!”

I remember walking into the offices of the Oshodi Local Government Area about 15 years ago. That was before the Lagos State land tax regime was introduced. The local government, without explanation, had arbitrarily doubled my annual rate from about N3,750 to N7,600. The corrupt official there assumed I came to negotiate the charge down and probably drop something. I shocked them when I explained the purpose of my visit, which was to get an official explanation for the abrupt walk. The real hit was when I lightly berated them by claiming that even the new rate was inadequate, given the services the LG administration seemed both unwilling and unable to provide. I had made it clear that if they doubled the rate again, it still wouldn’t be enough. A year or two later, when the Lagos State government took over, the rate was reduced. My only reaction had been, what were they thinking?

LASG’s lazy approach to duplicating the supposedly capable (though unwilling) taxpayers is a recipe from Prof. Richard Joseph’s playbook on prebendalism. The base of the income pyramid in Lagos (not exactly unique) is so broad that even a small increase in the collection would massively change LASG tax revenues. But no, people like Dr. Jide Oluwajuyitan would continue to fly the pilot of the federal government that declared Lagos special status. While ignoring other viable ways to pull himself up through the bootstraps. I’m still smart about the development where Rivers State led unwilling others, including Lagos, in their fight for control of value-added tax collection. No one, except a few of us, has pointed to the need to return Lagos’ ports, roads and other related infrastructure to Lagos State. Are the leading political lights in Lagos interested?

They are fixated on one of them – fit, capable or not – to become president of a dysfunctional federation.

Read also:  Why I want to represent Plateau Central on NASS ― Gotom

Yes, the Lagos that Tinubu left us is not working. Our metro line is more than two decades behind schedule. By now it should have expanded to Abeokuta, Badagry, Epe, Sagamu and Ijebu Ode. There is no other way to relieve Lagos. And yet no one wants to talk about these matters while we worship the grossly imperfect vehicles of political service imposed on Lagos.

Want to discuss the impossible engineering of flood control even before the current manifestations of climate change?

We can start today!

Engr Azih is writing from Isolo in Lagos State