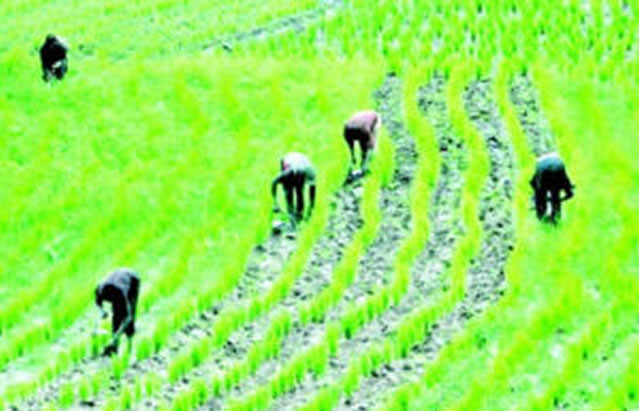 Experts, including farmers, have said the excise duties payable on imported agricultural products are partly responsible for the increase in the production costs of industry players by as much as 70 percent over the past two years.

In a conversation with The PUNCH in Lagos, the president of the Lagos chapter of the All Farmers Association of Nigeria, Mr Femi Oke, said the tariffs on agricultural commodities imports are hurting the sector.

Also, the Vice-President of Lagos, AFAN, Mr. Shakin Agbayewa, stressed the need for the country to start producing most of its daily needs rather than relying entirely on imports.

He said the country’s over-reliance on agricultural imports and inputs has had major negative impacts.

“Wheat is one of the most widely consumed products in Nigeria and 90 percent of wheat is imported into the country. Why can’t we start growing wheat on the land? Now few people switch to importing wheat into Nigeria which goes against the planting of the product. Today, the countries from which we import wheat are at war and we cannot bring wheat back into the country,” he said, pointing out that the country must take advantage of the current opportunities in the wheat market by growing the crop.

Meanwhile, the president of AFAN, Kabir Ibrahim, said the raw materials used to blend the fertilizers were imported, which was one of the main reasons for the high cost of agricultural products in the country.

Ibrahim, who identified high fertilizer costs as a major challenge for farmers, cited uncertainty as another challenge.

The Chief Executive Officer of the Center for the Promotion of Private Enterprises, Dr Muda Yusuf, said farmers should not talk about tariffs on wheat and sugar, but should focus more on the cost of imported inputs.

“Farmers shouldn’t talk about excise duties on wheat and sugar. What they should be talking about is the cost of imported inputs such as agrochemicals and machinery. They cannot complain about paying high import duties on wheat because they are supposed to plant it and not import it. Farmers have to take advantage of the high import duties. It should be to their advantage, but when you talk about the inputs, especially fertilizers, agrochemicals and farm machinery, those things should actually attract zero tax. And I think there is a tariff concession on those things. Ideally, the government would completely waive excise duties on agricultural chemicals and agricultural machinery.”