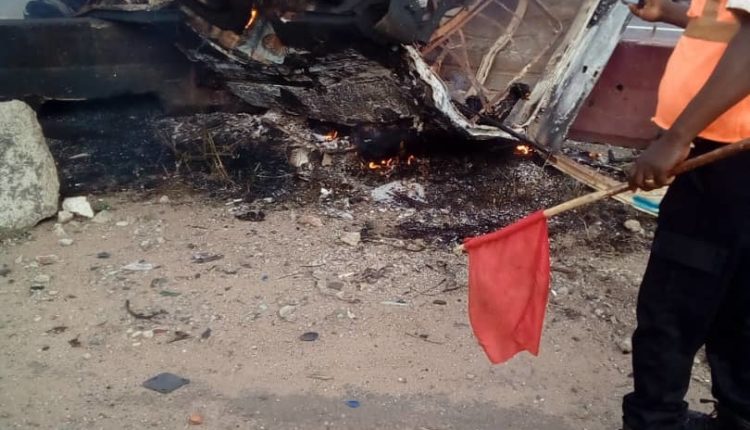 Four people were burned beyond recognition in the early morning of Friday in an accident that took place in Oniworo, after Foursquare along the Lagos-Ibadan highway.

Tribune Online learned that the only accident involved a Mazda bus with registration number APP934XH.

According to a statement from the Federal Road Safety Corps, education officer, Florence Okpe, said the suspected cause of the accident was due to overspeeding, which led to loss of control.

The passenger bus is said to have rammed into the median strip and caught fire.

A total of 16 passengers were injured in the accident and were taken to a medical facility for treatment.

Okpe said FRSC’s sector commander in the state, Umar Ahmed, had reiterated that motorists must adhere to speed limits and obey all traffic rules.

While offering condolences to the families of the deceased, he prayed that God would strengthen them for the loss.