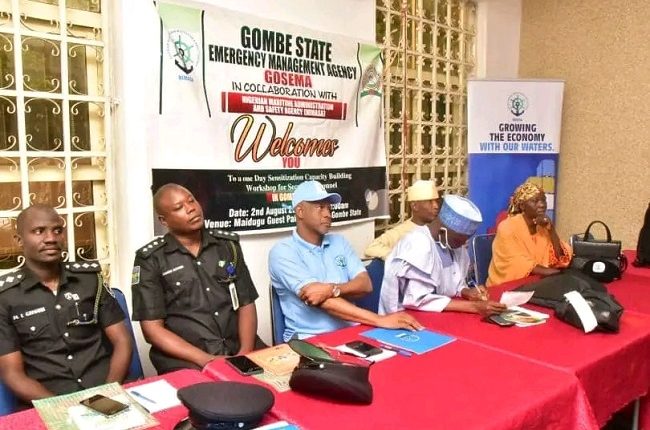 The essence of the workshop was to provide a platform for men and women in uniform to discuss issues and challenges and recommend ways to achieve synergy with community leaders for greater effectiveness in tackling insecurity. 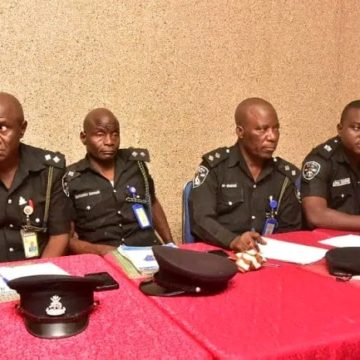 Speaking at the event, Gombe State Government Secretary, Professor Ibrahim Abubakar Njodi, noted that there is no method of achieving maximum security without cooperation between security forces and the support and cooperation of the civilian population.

The SSG, represented by Mohammed Usman, noted that the awareness workshop could not have come at a better time as the country grapples with existential security issues.

Professor Njodi therefore commended NIMASA for collaborating with GOSEMA to educate security personnel about the changing realities in the security sector and how to deal with uncertainty effectively without resorting to a kinetic approach. 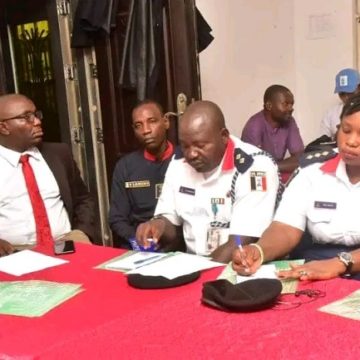 The Director General of NIMASA, Dr Bashir Jamoh, said NIMASA is deeply concerned about the state of insecurity in the country.

Represented by the Head of Maritime Labour, Aliyu Lawan, DG NIMASA noted that insecurity in the maritime domain starts at the land where planning and recruitment take place.

The executive secretary of GOSEMA explained that the government of Governor Muhammadu Inuwa Yahaya is strongly committed to protecting lives and property in the state, as stated in a statement from Joshua Danmalam, the office of IO SSG.