Gunmen chased us in our dreams before they killed father -Daughter 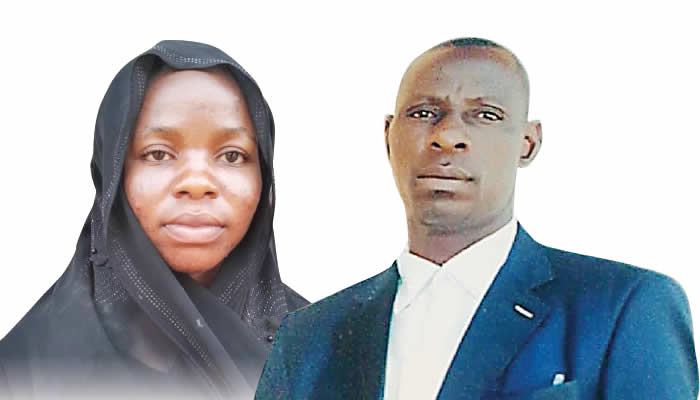 Naomi Mamaki is the eldest of seven children born to the late Auta Nelsa, a teacher who was shot by gunmen at Government Science Secondary, Nasarawa Eggon, Nasarawa State. She talks to COLLINS SUNDAY about the circumstances surrounding her father’s death how it left the family in grief

What is your occupation and state of origin?

I am a Senior School Certificate Examiner. I’m learning a skill. I am from Nasarawa Eggon Local Government Area of ​​Nasarawa State and I am single.

How old was daddy?

How many children did he have?

I am his first daughter and first child. We are seven, two boys and five girls.

What did he learn at school?

How long had he been a teacher?

Well, I can’t say exactly, but I am aware that he has been a teacher since I was born.

Was he expecting a promotion before he was killed?

He didn’t talk to me about a promotion at his workplace.

Can you remember how he died?

At about 8pm on that fateful day, August 13, 2022, my father, his friend, and my stepmother were sitting in the sitting room eating dinner, but she later left them to charge her phone at our neighbor’s house. Then suddenly three heavily armed men entered our parlor and pointed their guns at them and told them to either surrender their money and other belongings or be killed. My father refused to comply with their demands, so two of the gunmen dragged his friend out of the house to rob him of his belongings, while the other criminal stayed inside and pointed a gun at my father’s head.

When they took his friend out, they asked him who he was to my father and he told them that he was a student who came to get food from him. So they checked his bank account and found that it only had N1,000 on it, so they beat him and took him somewhere a little far from our house. But while all this was happening, my father thought how to escape the danger. When they brought my father out to assault him, he tried to escape to our neighbor’s house and was shot twice, leading to his death.

Can you remember what he said to the attackers?

Before running away, my father asked the gunmen, ‘Who are you? What have I done to you? He managed to get to our neighbor’s house and was there for a few seconds calling the man to open the door, but he (neighbor) was praying in his house so he didn’t respond. My father tried his best to escape danger, but unfortunately one of the mobsters grabbed him and shot him. After shooting him, the mobster ripped my father’s clothes, left him naked and ran away. After a few minutes, people nearby who heard the shots came to our compound to find out where it came from and found my father on the floor in the pool of his blood. Then they took him to the hospital where he was pronounced dead.

We don’t really know if he died immediately after being shot because he lost a lot of blood and was too weak to speak, but he was determined to be dead at the hospital.

Have you filed a report with the police?

He had been shot and the gunmen had escaped before the police arrived at the scene of the attack.

What did they say?

When they arrived, they made efforts to track down the mobsters and did some research. I don’t know what the result of their efforts that day, but they were the ones who rescued my late father’s friend from where he had been dumped by the gunmen. They took him to the hospital where he received medical treatment.

What part of your father’s body did the bullet penetrate?

It was his stomach.

Where were you when the incident took place?

I was in Lafia, the state capital. I learned tailoring skills there, but when I heard about the sad incident, I immediately rushed back to Nasarawa Eggon and my younger siblings told me everything.

What did you do when you heard of his death?

It was really awful. I was devastated and didn’t even know what to do at the time. I was all confused. When the incident happened that Saturday night, my siblings didn’t tell me about the sad development until Sunday morning; that was when my younger brother called me with my father’s phone number to tell me he was dead. When I saw the call, I wondered why my father would call me on a Sunday morning, but I picked up the call and found that it was my younger brother who was using his phone to call me. The sad news caused a great trauma to me and even to this moment I have yet to recover from it.

Did he ever complain about security threats or express his fears about his safety?

No. He never complained or expressed any fear of me or my siblings. It’s just that my siblings and I had strange dreams. In our dreams we saw unknown gunmen chasing us and we always prayed for it.

Do you think his killers were armed robbers or hitmen?

My father’s death doesn’t look like an armed robbery. It looked more like the gunmen were hitmen because they didn’t collect anything from him. Even his phone, which had previously been taken, was kept at the scene of the attack after he was shot.

What kind of person was your father?

My father was a very generous man. He had no problems with people. He took us to church and taught us about the supremacy of God. He taught us how to love and forgive those who have hurt us. Even though he wasn’t rich, he helped the underprivileged in our neighborhood. He’s the kind of guy who doesn’t like his kids having too little food or anything else. He always did his best to provide for the family. My father was very kind to everyone, big or small; he took care of everyone. He was a good man.

What will you miss about him?

I will miss everything about him. The love, the care, the pampering and everything fathers do for their children. As I’m talking to you now, we have no roof over our heads anymore because I hear the school authority may soon let us park from his property because our father is dead and we live in the staff room.

Has he discussed his plans for the future with you?

No, he hasn’t discussed any of his plans with me.

Was anyone else killed in the attack?

No other person was killed. It was only my father.

How does your family perceive the tragic incident?

It hasn’t been easy for us since the day he died. I wish the whole incident was a dream, but it isn’t. We’ve been crying since that day. I tried my best to talk to my younger siblings to stop crying and be strong, but it doesn’t work. My father was everything to us. My father was the only man in his own family. His sisters and other family members are traumatized as a result of his death.

How did your mother react to his death?

Since the incident happened, my stepmother has cried day and night and asked who she will run to for help because she has no job. My father was solely responsible for the maintenance of the family. My father’s first wife, who gave birth to our seven and worked and earned a salary, died in a fatal car accident in 2017. So he married another woman who is my stepmother and since then we manage to survive the harsh economic reality, but my father has taken care of us all this time.

I would like to appeal to the Nasarawa State Government and other benevolent individuals to come to our aid. My siblings are still growing up and my father’s wish was that we all be well educated. Now that he’s dead, I don’t know how we can go to school. We really need help.