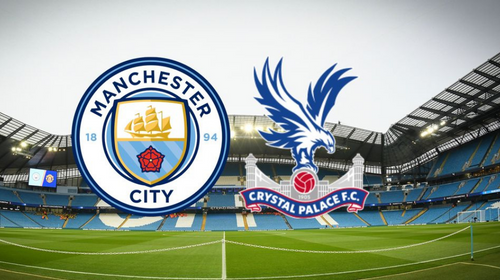 Erling Haaland hit his first Premier League hat-trick to inspire Manchester City to fight back from two goals behind to beat Crystal Palace 4-2 on Saturday.

Pep Guardiola’s side faced an own goal from John Stones in the first half at the Etihad Stadium and Joachim Andersen’s header put Palace in the running for a shocking victory.

It was the fourth Premier League game in their last six in which City were two goals behind.

Still, they had lost none of the previous three and won this one too, thanks to Haaland’s exploits.

After Bernardo Silva brought one back early in the second half, Haaland scored his first home goal for City since his £50m ($58m) summer move from Borussia Dortmund.

The Norwegian striker grabbed two more to leave Palace in tatters, taking his tally to six in his first four Premier League games.

It was City’s second consecutive breakout act after trailing 3-1 before a 3-3 draw at Newcastle last weekend.

The champions were far from clear, but a third win from their first four games brought them to the top of the table for Arsenal’s game against Fulham later on Saturday.

Palace took an early lead when Eberechi Eze’s free kick hit both Kyle Walker and Stones as it spun into the net.

Things got worse for City in the 22nd minute when they were undone again by a set-piece.

Eze again hit a corner from which Andersen remained unmarked in power with a header.

Palace should have been 3-0 after 28 minutes when Ederson saved a shot from Cheick Doucoure and then tried to roll the ball out.

Odsonne Edouard sent it to Jordan Ayew who promptly found the bottom corner, but referee Darren England gave the signal for a free kick, although the goalkeeper was unimpressed.

Silva got City back in the 53rd minute, showing why Guardiola won’t sell the troubled Portuguese midfielder.

Silva cut in from the flanks and hit a low shot that bounced off Jeffrey Schlupp on the way in.

Read also:  How to become a top player in your workplace

Alvarez tapped a deep cross to Phil Foden, who chopped the ball back in for Haaland, who passed Marc Guehi to go home.

Haaland gave City the lead eight minutes later when Alvarez fed Silva, who pulled the ball back for Stones and he rolled it over for Haaland to poke it.

Haaland sealed his hat-trick with 10 minutes to go, stopping Joel Ward before firing into the bottom corner from Silva’s pass.