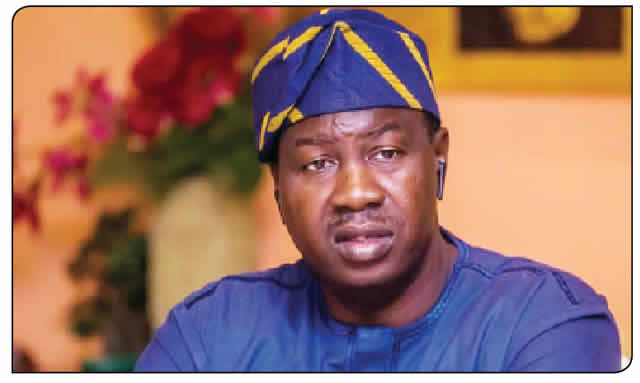 Gbadamosi, a former African Democratic Party governor’s candidate and a former PDP’s Lagos East Senatorial Candidate, made the announcement in a statement in Lagos.

“I had completely lost hope, especially among the youth of Nigeria, given the course of the Senate midterm elections following the traumatic events of the #EndSARS.

“However, Peter Obi’s departure from the PDP and his subsequent emergence as the LP’s presidential candidate, and his brilliant choice of Mallam Yusuf Datti Baba-Ahmed as a running mate have rekindled my hopes.

“I am 54 years old, and never in my life have I had the privilege of witnessing the kind of energy, vim, strength, unity and tenacity of purpose displayed by young people of all ethnicities and religious backgrounds in Nigeria about a political candidate.

“I hereby publicly declare my resignation from the PDP and wish all other members the best.

Read also:  For pyrates and their brotherhood

He told how he joined the PDP in Ikorodu in 2008 and remained a loyal member of the party, contributing to the growth and development of the party in Lagos State and throughout Nigeria until he took early retirement in 2017. got out of party politics.

“I came to realize that the PDP’s problems run pretty deep, and their lukewarm opposition is actually due to the design of a few individuals who populate the party leadership from head to toe,” he said.

He said he was motivated that almost all young people, who were not professional politicians or hired influencers, had popularized Obi’s presidential ambition.

He said that over the years Obi had shown himself to be a creative, prudent and frugal manager, as well as a reliable custodian of public funds.

He said: “These two share a passion for education and knowledge, with Obi’s documented achievements in the education sector as governor of Anambra and Baba-Ahmed’s direct investment in education as pro-chancellor of the highly respected Baze University, Abuja.

“Both share a disdain for transplantation and believe in eradicating contract filling.

“I have no choice, when faced with the alternatives, but to publicly share my lot with these two fine gentlemen, especially considering that another good uncle of mine, Dr. Doyin Okupe, one of the navigators of their trip, has invited me much earlier.”