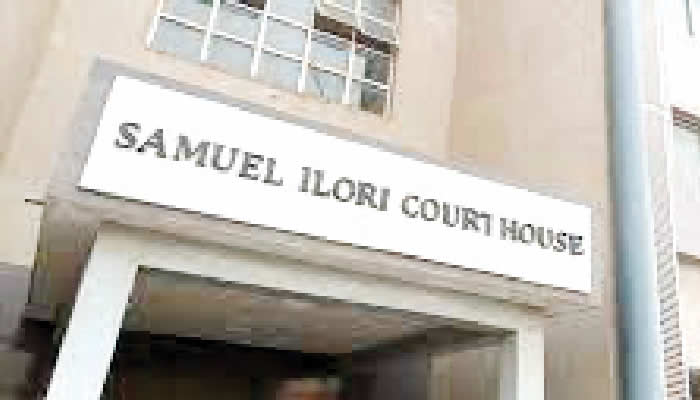 A 37-year-old man, Saheed Adisa, has been arraigned before Magistrate FM Onamusi of the Ogba Magistrate Court, Lagos State, for allegedly assaulting an official of the Lagos State Traffic Management Authority, Salami Bukola, while on duty.

PUNCH Metro understood that the defendant allegedly punched Bukola in the face and indecently touched her chest while performing her duties around the area under the bridge, in the Ikeja area of ​​the state.

The indictment read in part: “That you, Saheed Adisa, under the Ikeja Magistrate District, assaulted a Salami Bukola, a LASTMA officer, by punching her face.

“That you, Saheed Adisa, under the aforementioned magistrate’s district, indecently assaulted one Salami Bukola, a LASTMA officer, by unlawfully touching her chest in public.

“That you, Saheed Adisa, under the aforementioned magistrate’s district, attacked a Salami Bukola, a LASTMA officer, by punching her face, causing her to injure her nose.”

Adisa pleaded not guilty to all charges.

Prosecutor, Odugbo Innocent, said the accused committed the crime at Ikeja under bridge around 1.30pm, an offense in violation of Section 174 and punishable under Section 174(e) of the Criminal Code of Lagos State, Nigeria, 2015 .

However, Magistrate Onamusi granted the defendant a bail of N200,000 with two reasonable securities and further postponed the case until September 12, 2022.