Manage flooding in your states 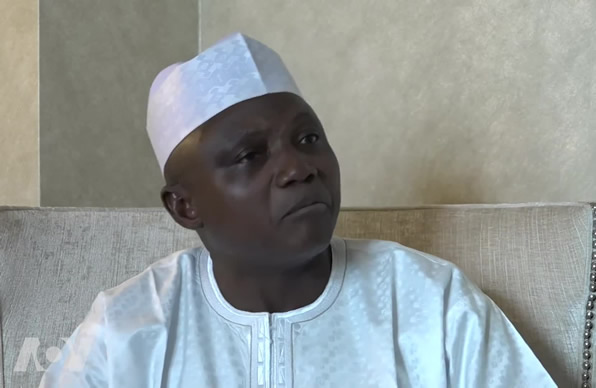 • Says that flood control is not just the DPO’s job

As the rainy season kicks off in earnest, the presidency on Tuesday challenged states to “take up their duties to control the flooding within their jurisdictions,” explaining that the federal government did not have the mandate to manage such incidents in all 36 states. .

This was as it said those calling on the federal government to respond to any natural disaster outbreak showed no understanding of Nigerian law.

According to a statement signed by Garba Shehu, the President’s Senior Special Assistant for Media and Publicity, the presidency argued that the local, state and federal governments have been given a significant monthly budget sufficient to cope with state-level and national problems. level natural emergencies.

The statement is titled “Floods in several Nigerian states and the triple response structure”.

The Presidency stated that the structure of the Natural Disaster Response Mechanism mandated the central government to deal directly with emergencies at the national level and that local government and state councils were the first aid in all situations.

Therefore, it said: “Calling the federal government to respond to all natural disaster outbreaks is not only an understanding of Nigerian law.

“While not a national-level emergency, the ongoing flooding is nonetheless an emergency. Nigeria’s lives and property are at stake.

“We call on the governors of the states that have acted and used the necessary equipment to continue their efforts, and those that have not, to immediately fulfill their duties to combat the flooding within their jurisdictions. control — that is, the task that the President, governors, and chairmen of the council are elected to do.”

It explained that the local, state and federal governments have a significant budget at their disposal, allocated monthly to address natural emergencies at the state level, as well as federal agencies.

“It is not clear why some of the concerned state governments are not already calling on those funds to address the current emergency, and the general population is wrongly calling on the federal government to intervene in all situations,” the presidency asked. .

It added: “If those funds are no longer available for any reason, affected states and local councils should immediately contact the relevant authorities to explain what happened to those funds.”

In explaining the revenue allocation formula, the Presidency noted that 2.32 percent of the derived resources are allocated to ecology and disaster management.

“Of this amount, the 36 states and the FCT get 0.72 percent, the 774 local governments get 0.6 percent, added to 1.32 percent, leaving a balance of one percent for the federation government.

“Under the law of the land, NEMA takes 20 percent of the amount allocated to the federal government. The North-East Development Commission collects 10 percent, the National Agricultural Land Development Authority, 10 percent, and the National Agency for the Great Green Wall, 0.5 percent, leaving 0.55 of the one percent to the central government. is becoming. environmental protection and disaster management,” the statement read.

Shehu extended the assurances of the President, Major General Muhammadu Buhari (Retd.), who he said was deeply concerned about communities in towns and villages, many of whom had lost relatives, suffered extensive property damage and destruction. have endured. of crops and agricultural lands.

According to him, “President Muhammadu Buhari assures that the situation is continuously monitored and that the government in the center will continue to send teams to assess the situation with a view to providing all necessary assistance.

“While expressing concern about the hardships people are facing as a result of this natural disaster, the President noted that the National Emergency Management Agency, through the respective state governors, had written to each of the federation’s 36 states with advice on the right action to take in view of the bleak forecasts of rain this year.”

The presidency also praised the few states that are committed to preventing and managing disasters where they occur.

It extended President Buhari’s assurances that “the federal government will continue to work closely with state governments to provide all possible assistance to meet this challenge. The president expects it to be viewed at the same time as a shared responsibility.”

“Emergency response must be on the three-legged structure. Instead of making headlines, politicians should make the effort to hear from ministries and state governments what steps are being taken to address these challenges,” Shehu added.

Privileges of children born in wealth

Qualifying assessment is about the health of Nigerians, not discrimination — MDCN Registrar, Sanusi

Privileges of children born in wealth

Qualifying assessment is about the health of Nigerians, not discrimination — MDCN Registrar, Sanusi

Leeds should have signed Iheanacho – Robinson