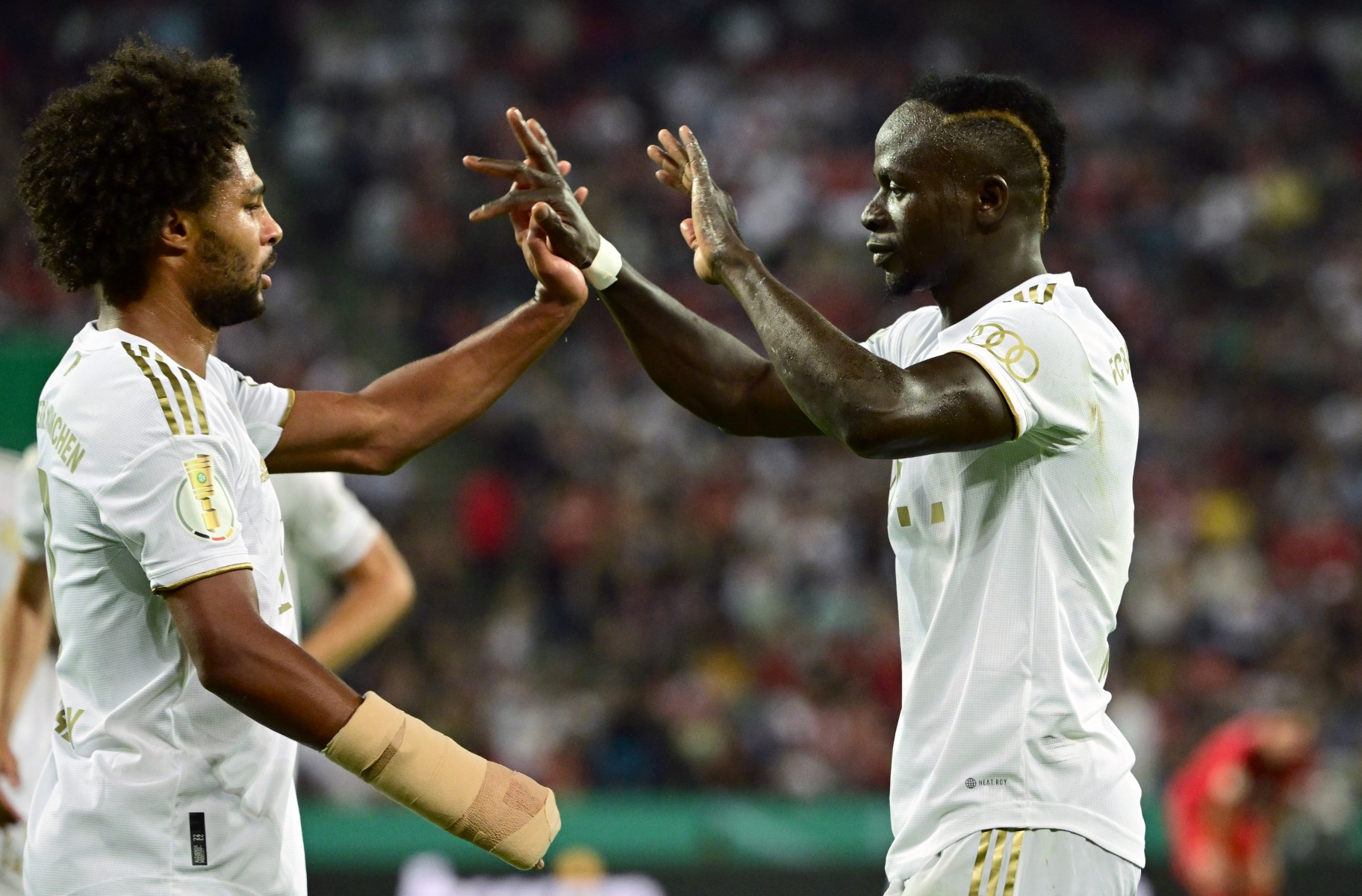 Sadio Mane was one of five different goalscorers as Bayern Munich advanced to the next round of the German Cup with a 5-0 win over Viktoria Cologne on Wednesday.

“You want to see these players stand out,” Bayern coach Julian Nagelsmann said after the win, praising the star quality in his squad.

“I’m not a fan of the first round of the cup, because as a favorite you have everything to lose.”

Mane’s goal, scored in the 53rd minute, was his fifth in six games this season since his summer arrival from Premier League club Liverpool.

Two other summer signings in Ryan Gravenberch and 17-year-old starlet Mathys Tel both scored in the first half, tearing down a stubborn but hopeless defense of Cologne.

Teenager Jamal Musiala scored his side’s fourth-place finish in the 67th minute, just four minutes after he replaced Mane from the bench and controlled a pass from Thomas Mueller from the penalty spot.

Bayern added a fifth through German midfielder Leon Goretzka, who played his first game of the season after returning from a knee injury.

This was only the second ever meeting between these two clubs, with the previous meeting in 1979-80 ending in a 3-1 victory for the Bavarians.

Viktoria manager Olaf Janssen praised his team’s efforts against one of Europe’s most in-form teams.

“I knew how cruel it could be for a third division team to play against Bayern in this form,” said Janssen.

“We have defended everything we could and we can be incredibly proud of ourselves.”

Bayern have been knocked out twice in the first rounds of the German Cup in the past two seasons.

In the 2020-21 season, the Bavarians lost on penalties to second division team Holstein Kiel in the second round of the cup, while in the 2021-22 season, the 20-time winners were ousted 5-0 at the hands of Borussia Moenchengladbach.