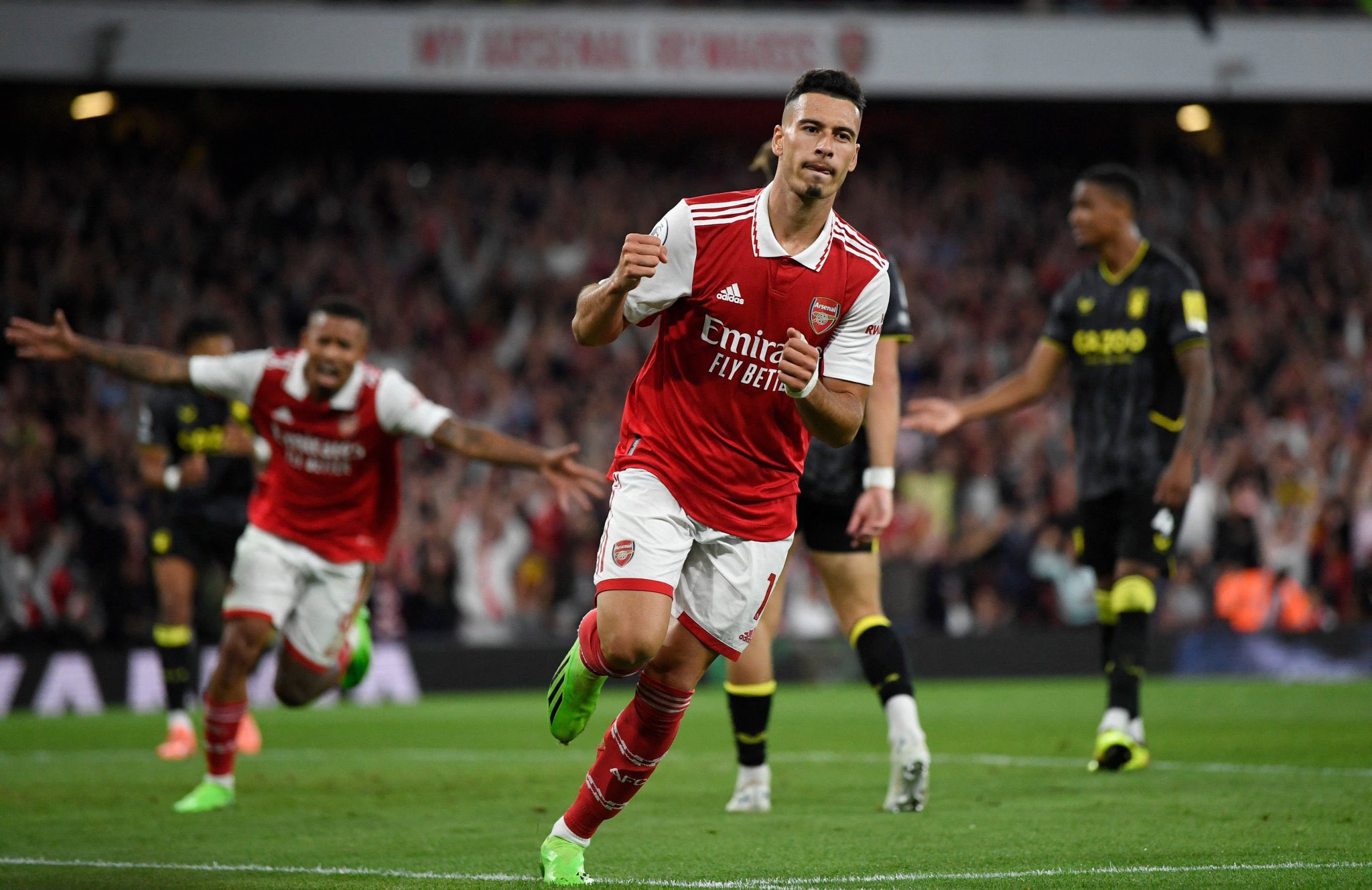 Gabriel Martinelli got the winner when Arsenal beat Aston Villa 2-1 to maintain their perfect start to the Premier League season.

Emiliano Martinez was at fault for Jesus’ goal and, despite some fine saves, was again blamed for Martinelli’s attack three minutes after Villa’s equalizer.

Martinez played against his former club and fluttered on Martinelli’s volley as Arsenal saw them win five in a row to kick off a top campaign for the fourth time in the club’s history.

Martinez was on hand to deny Jesus within ten minutes before an attempt by Martin Odegaard was blocked by Tyrone Mings.

A deserved Arsenal opener came in the 30th minute – Granit Xhaka’s driven cross that bounced off Ezri Konsa and, with Martinez only able to fiddle with the ball in the path of Jesus, who hit home.

Villa came out with more goal in the second half and found the equalizer in a remarkable way. Substitute Douglas Luiz scored straight from a corner with only his second touch when Aaron Ramsdale’s call for a foul fell on deaf ears.

But Arsenal’s response was swift, Bukayo Saka’s right cross found Martinelli, whose volley was too strong for the scrambling Martinez, leading Steven Gerrard’s side to a fourth loss out of their five league games, with Villa fortunate to have Arsenal a few late. opportunities to increase their lead.