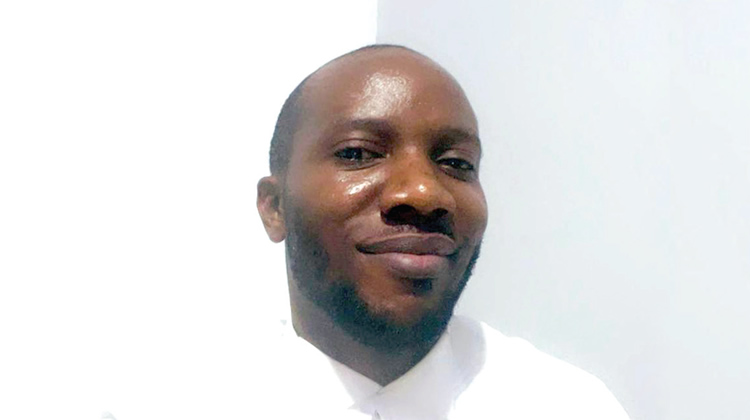 Human rights lawyer Inibehe Effiong, who was jailed in controversial circumstances on July 27 for contempt by Akwa Ibom State Chief Justice, Judge Ekaette Obot, has regained his freedom. He speaks with GODFREY GEORGE about his one month prison experience

Would you like to tell us about your first day in custody at Ikot Ekpene Prison in Akwa Ibom State?

By the time I arrived, I was in no way disturbed by my punishment. They took me to the Uyo Correctional Facility first, but they wouldn’t let me in. They referred me to Ikot Ekpene, and I was to stay there for two weeks. When I arrived in Ikot-Ekpene, I was admitted and immediately confronted with the reality of the appalling neglect of the penitentiary center in the country. Although the Ikot Ekpene Prison Building is relatively new, as it was recently renovated by the former governor Godswill Akpabio, life there is still very atrocious.

Most Nigerians may not know how bad the condition is until they experience it. I had to take my shoes off when I was admitted. They confiscated my belongings and took it into account. Then I had to see the cell where I would spend two weeks. The shelter in Ikot-Ekpene is terribly and disgustingly overcrowded. Prisoners essentially live like animals. There are people who don’t even have the space to lie. They sit with their legs tied and others sit close to them. That is the condition that some of them have had to live for years since their sentence. I was so enraged at what appeared to be an attempt to mimic the Nazi concentration. But then I was told there was what they called the “special cell,” a sort of “privileged cell” at the Ikot Ekpene Custodial Center. They told me that I would either adapt to the very degrading condition I am in in the regular cell, or that I would have to pay for a space in the so-called special cell.

How much did it cost?

The agents said it would cost me N50,000. I knew I only had two weeks to stay, but I had to pay that money so I could get a spot. There were three of us in the room. There was no bed; there was only a small mattress. I have adjusted. Like I said, I had always mentally prepared for incarceration. So we had to sleep on the floor. There was no net to protect myself from mosquitoes. I had to share the toilet with other people. It was not tasty. But that’s what people even consider to be one of the best in the country. I don’t think it’s even fit for a prisoner in this country to be held.

How did you feed?

I never ate for one day what they served as food. For me, those meals were not fit for human consumption. Saying it was bad makes the situation light. To even say it was terrible is an understatement. What the inmates eat there isn’t even something that dogs would eat, and I say that with an open mind. Every day, as my detention became a sort of pilgrimage to prison, people from all parts of the country came to see me. Every day I had a retinue of visitors with whom I had to spend some time. They had given some sort of special instructions or rules to the guards, which is a way of telling them that I was “a prominent prisoner whose life had to be watched.” I couldn’t call like the other inmates. I was followed tooth and nail. I had no problem with that. I cooperated with the authorities and followed all the rules. Whatever they did, they tried not to make me feel the reality of what was happening. When the date of my transfer came, August 10, 2022, that was the day they decided to torture me.

Read also:  Lies and truth about Obi, Atiku and Tinubu

What do you mean?

So that morning I prepared for the transfer. I had given my clothes to the dry cleaner who is a prisoner and had prepared myself. I had washed my things. All I needed was the time to pack up and freshen up. But a man came that morning and told me to prepare because I was going to court. I thought there was a development in my case that I was not aware of. I disputed it, but he insisted. I had to follow the prisoner working with the data to see what happened. They later apologized, saying it wasn’t actually a court appearance, but a transfer to Uyo. I insisted on talking to the assistant customs officer at that facility. When he came, he behaved differently. He was combative. He yelled at me and asked why I wasn’t dressed for the transfer. He became very hostile. I couldn’t say anything. I just got up and went in and my cellmates had to help me pack. Because people had brought me a lot of things, it was difficult for me to start packing. It took a while because I wasn’t informed enough. I was about to freshen up when an officer came to tell me I was wasting time. I told him I needed to freshen up first because I wasn’t running. The Assistant Comptroller of Corrections came in with a full squad of his men and they started yelling at me. I got really upset and told them I was not a criminal. If they wanted to transfer me, I’d have to get some decency, some time to sort myself out.

The problem with the correctional center is that they don’t believe inmates have any rights. For them you are at their mercy. So if you want to speak in a way that suggests they’re treating you unfairly, they find that extremely offensive. At that point, they didn’t care who I was out there. The guy later went out and ordered a crazy guy who came in and handcuffed me. Another heavyset officer grabbed me by the neck and I could barely breathe. A certain Enobong Gideon Eyoren was the officer who led the torture. He was a two star officer. The young man took it very personally. He acted so maliciously. He said everything and then he took me outside, even though there was room to put me in. It was drizzling. They didn’t polite me to sit in the van. The other inmate they took to court, Moses Armstrong, was in the van, but they picked me up and threw me into the van and handcuffed me to the back of the van and drove me like a dog to Uyo. The torture didn’t end there. When I got to Uyo, the same officer started pushing and beating me. I kept wondering what was going on. When I entered, he ordered me to sit on the floor. They do not understand that I have rights as a citizen and that I must be respected and treated with decency.

Eyoren became very violent and threatened to kill me if I resisted. Imagine if I were physically resisting! That same young man, I later learned, had been involved in many crimes. That’s the character who was an officer in the correctional service. It didn’t surprise me that he was the one to oversee my torture.

Is it true they shaved your hair and beard?

Of course they did. Despite my objections, they shaved my hair and beard vigorously. It was a continuation of what started in Ikot-Ekpene. During my stay in Ikot-Ekpene I had my beards with me. Prisoners keep beards. In fact, it is very foolish to say that this is standard practice. The detainees in the penitentiary service take care of themselves. No one pays for them so I knew it (shaving her) was evil. Uduak Frank Akpan (Iniobong Umoren’s murderer), who was convicted a day before I was sentenced, had his beard the way he wanted to keep it. This was someone who had been convicted of murder. My shaving was malicious and intentional. They wanted to do something that would hurt me. They didn’t just shave me, they shaved me completely. If you see my picture you will see how I look so different. I was almost shaved bald. They dehumanized me. When the information came out, they tried to apologize inside while denying the seriousness of the action and not punishing the perpetrator.

What was the experience for you mentally?

I slept wonderfully. It didn’t bother me. I knew that what the Honorable Chief Justice was doing was a miscarriage of justice. So I wasn’t worried about my incarceration. Every day when I woke up, I went to chapel, read my Bible and a copy of Nelson Mandela’s Long Walk to Freedom, which I finished before my incarceration was over. I’ve been in contact with inmates who needed help. I helped people who needed financial support. In the last period of my stay in Uyo I offered myself as much as possible to the prisoners.

Did any of the prisoners recognize you?

Almost everyone there knew me. There was hardly anyone who didn’t know who I was.

Akwa Ibom State Attorney General Uko Udom (SAN) justified your imprisonment and said the judge had all the power to decide what constituted contempt in a court of law. How did you receive that?

Anyone who defends my incarceration, with due respect for the person, speaks either out of ignorance or out of personal vendetta or gross disregard for the truth. Nothing justifies my imprisonment. I have committed no contempt of court. There was nothing in my conduct that was contemptuous, both in word and deed. I have treated the learned Chief Judge with respect, and those claims that I hit the tables and raised my voice are just fabrications. They didn’t happen. I will say this before every judge and every court in this country. They did not witness what happened in the courtroom. I spoke to the court about the appropriateness of inviting gunmen into court, and Your Honor decided to put me in jail for that. That was all that happened. Let’s even assume I’ve behaved badly, shouldn’t I be heard fairly? Can you convict someone of contempt without trial? You cannot have a free trial period. No charges had been prepared against me. I have not been charged. I didn’t get a chance to make a plea or even say anything. I was not asked to enter a dock. So, what exactly are they defending?

Do you intend to take legal action in this matter?

A series of legal actions were taken while I was in prison. Others will be vigorously prosecuted now that I am released, especially my appeal against the verdict. Whatever legal action needs to be taken, they will be taken. I will not shirk this responsibility. I am very grateful to the Nigerian Bar Association headed by Mr. Olumide Akpata and the first Vice President who came to visit me. They have supported me immensely and for that I am eternally grateful.