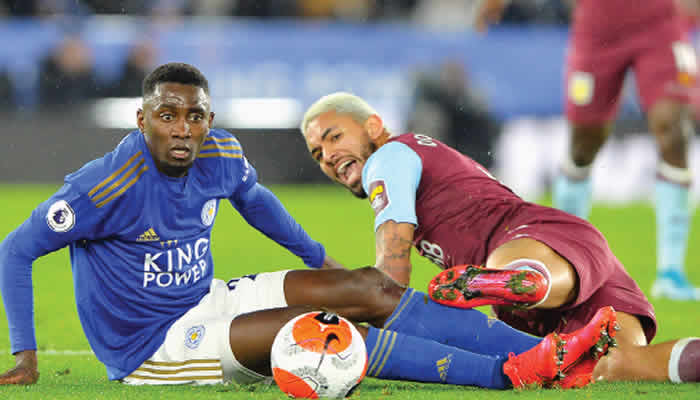 Wilfred Ndidi are about to make his 170th Premier League appearance for Leicester City when they host Manchester United at King Power Stadium on Thursday (today), PUNCH Sports Extra reports.

The 25-year-old has played 169 league games, scoring seven goals with nine assists, since moving to Leicester from Genk in January 2017 for £17 million.

Ndidi is hoping to be recalled back to the grid for Boubakary Soumare, as the Foxes try to claim their first win of the league campaign and also extend their five-game unbeaten run (three wins, two draws) against Manchester United.

The Red Devils, for their part, are aiming for their third consecutive Premier League victory for the first time in nine months.

This season, the Nigerian international, who has made three league appearances this season, has made nine tackles, two clearances and one block for the Foxes, who are at the bottom of the EPL log.

Read also:  What is Peter Obi really up to?

Ahead of the game, Ndidi admits that a win will be a huge boost for the team, which has had a rough start to the campaign.

“We have to look forward to it,” Ndidi told Leicester’s website.

“We have to get something out of it and we have to believe in ourselves. Every game is not easy in the Premier League. I expect a very, very difficult game because they have the confidence now. The first win would be a huge win because we’re looking forward to it.

“That would give us more confidence for the future. However, we know what to do and if we could, it would be very good for us.

“The fans will be there to cheer us on and they will be there to see us give it our all. When it comes to supporting us, I think the fans are brilliant. I hope for a very positive atmosphere and that would certainly help us.”

The former Genk midfielder, who had a disrupted schedule for the season due to injury, explained his current condition and how the facilities at LCFC Training Ground have helped him recover.

“It was a difficult time,” he added.

“I was just trying to keep my head down, be positive and work myself back into the game – and here we are. I’m really happy and I just appreciate the time and the game.

“Of course it’s frustrating times because I really wanted to be on the pitch. But I just tried to focus on my rehabilitation and recovery. The facilities really helped a lot. It was really good to have different equipment for different injuries .

“It also helps with the mindset because knowing that when you come in you have all the facilities and all the equipment to be able to do what you really want to do, I think that speeds up recovery, which is really good.”

Who is Ethan Nwaneri, the youngest ever English Premier League player?

Who is Ethan Nwaneri, the youngest ever English Premier League player?

CAN starts investigation after masquerades invaded the Plateaukerk