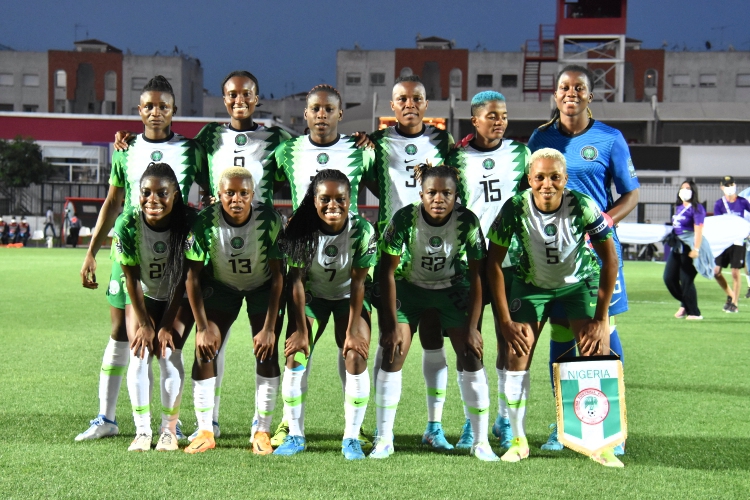 The Super Falcons of Nigeria have arrived in Kansas City, Kansas, United States for their doubleheader friendly with the United States Women’s National Team.

The PUNCH reports that the Super Falcons will play the first of their two-game tour on Saturday, September 3, at Children’s Mercy Park in Kansas City.

Nigeria and the USWNT have qualified for the FIFA Women’s World Cup, which will be hosted by Australia and New Zealand between July and August 2023.

The two teams will meet again at Audi Field in Washington, DC, three days after the first game in Kansas on Tuesday, September 6.

The four U-20 players are defenders Oluwatosin Demehin and Rofiat Imuran, and midfielders Esther Onyenezide and Deborah Abiodun.

The USWNT have won four of the eight titles contested, making them the most successful team in the FIFA Women’s World Cup.

The Stars & Stripes won the inaugural competition in China in 1991, followed by victories on American soil in 1999, Canada in 2015, and France in 2013. The USWNT also won eight CONCACAF Championships and four Olympic gold medals in women’s soccer.

The Super Falcons, on the other hand, have won the Women’s Africa Cup of Nations nine times, played in every edition of the FIFA Women’s World Cup and also played in the Olympic women’s football tournaments of 2000, 2004 and 2008. They remain the most successful women’s team on the African continent.

In the game in Kansas City, Vlatko Andonovski, who was appointed Coach of USWNT at the end of 2019, returns to his home area for the second time. It’s the sixth time the USWNT has played at Children’s Mercy Park, but it’s their first time at Audi Field, although they’ve played in Washington 10 times before — all at RFK Stadium.

Andonovski told NFF Media that he is excited to send his girls out against the Super Falcons.

“Firstly, I’m excited to play two games against Nigeria. They have some very talented players who will present a lot of different problems that we have to solve on both sides of the ball,” he said.