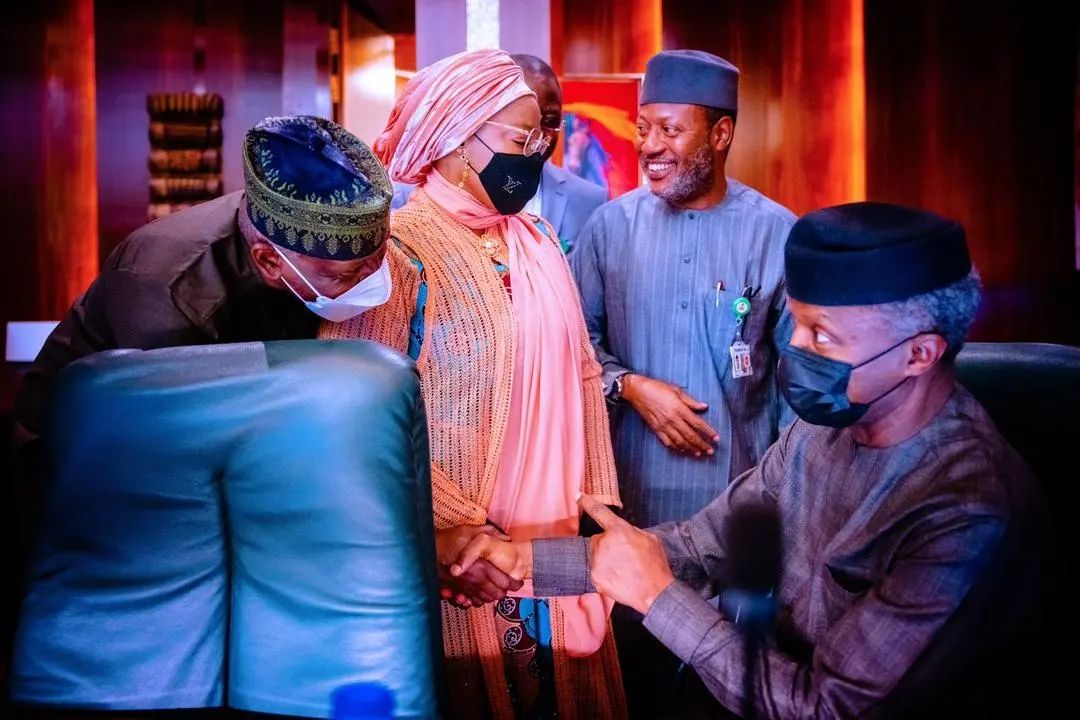 Osinbajo physically attends the meeting for the first time after undergoing thigh surgery at a hospital in Lagos state. He virtually participated in last week’s FEC meeting.

The meeting in the Council Chambers of the State House is chaired by the President, Major General Muhammadu Buhari (Retd.).

Osinbajo’s spokesman, Laolu Akande, who announced his physical participation in a Facebook post, appreciated Nigerians for the well wishes to the vice president.

He assured his benefactors that his main plan was to get stronger and do more for Nigerians in his capacity as vice president.

He wrote: “VP Osinbajo is physically present at the weekly meeting of the Federal Executive Council today.

“He is grateful for all the get well wishes sent by Nigerians and others from all walks of life since the surgery and recovery period.

“He plans to get up and do more and more,”

Secretary of the Government of the Federation, Boss Mustapha, Chief of Staff to the President, Ibrahim Gambari and National Security Adviser, Major General Babagana Mongunu physically attend the meeting.