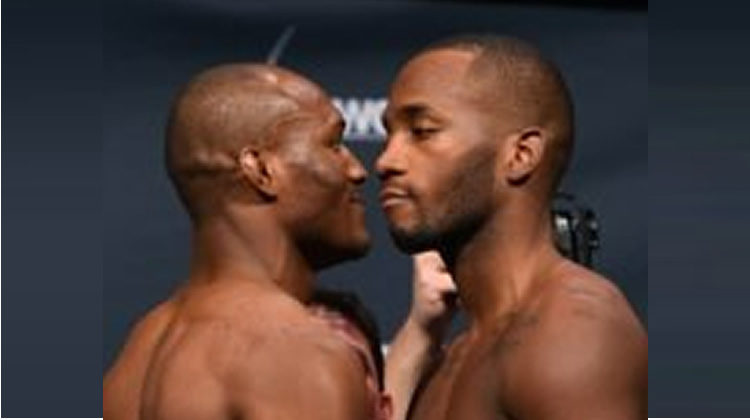 Taking his knockout loss to Edwards, the ‘Nigerian Nightmare’ has already moved on when he told TMZ Sports that he’s “feeling great” and looking forward to their trilogy fight.

Usman suffered his first UFC loss with just one minute left in their five-round bout on Sunday after he was hit by a kick to the left head, causing him to crumble to the canvas.

Despite losing his title, the 35-year-old is handling the situation incredibly well, better than most, even congratulating the Brit on landing the knockout blow.

Usman says he’s seen the fight several times now and thinks his friends and family are actually more upset about the outcome than he really is.

“It’s like everyone is sadder about it than I am,” he added. “Everyone is more emotional than me, but that’s because — for me, that’s a good thing, because it lets me know that people care about them, people are invested.”

However, Usman sees the silver lining that he now has the opportunity to inspire people as he continues his career.

As for his next fight, Usman has made it clear that he wants to win the belt back.

UFC president Dana White has also hinted that the trilogy fight could take place in England.

“How do you not (rematch)? f***! Wembley? I don’t know,” White pondered before confirming that Edwards vs Usman 3 will take place in the UK.

“I’m serious, but kidding about Wembley.

“Everything is possible in England now. It would be fun, but also scary at the same time. The weather is not the best there in England.”