Representatives of the Benin monarch to attend the exhibition in Berlin 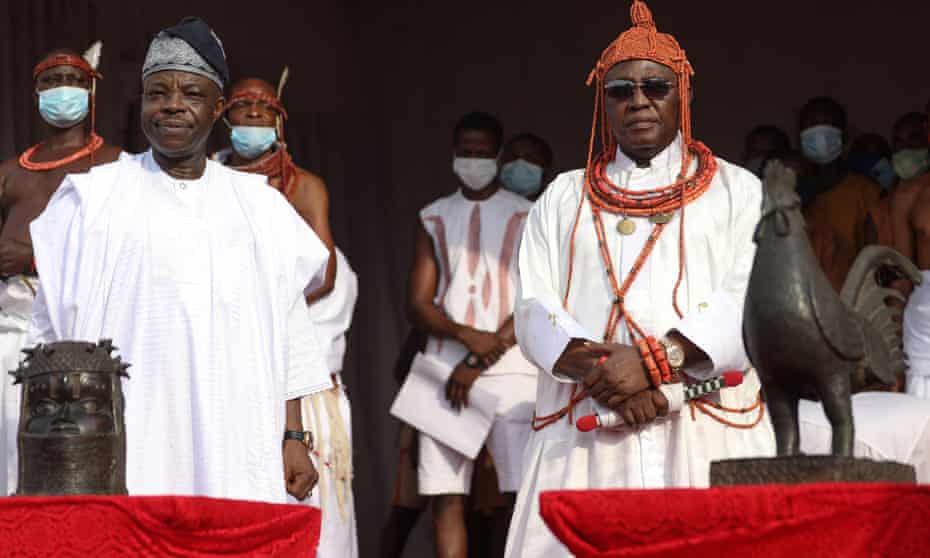 The representatives of Oba of Benin, Ewuare II, will be led by His Royal Highness, Prince Aghatise Erediuwa, to the Humboldt Forum on September 16 in Berlin, Germany.

The famous Humboldt Forum, a museum of art and culture, will play host to art collectors, enthusiasts and researchers around the world during its second opening in Germany.

According to the letter of invitation made available to journalists in Benin about the event and jointly approved by the general manager Humboldt, Prof. dr. Hartmut Dorgerloh, and the director of the Ethnological Museum, Prof. dr. Lars-Christian Koch, will also receive friends, partners and colleagues.

The museum, which houses non-European art collections, including thousands of artifacts looted from the palace of the Kingdom of Benin during the invasion of 1897, is said to be on display during the celebration and inauguration of the final part of the opening of the Humboldt Forum.

The delegation of the German Ethnological Museum led by Prof. Christian Koch had been in contact with the Benin monarch in April 2022 regarding the planned return and restitution of historical Benin artifacts.

Mr. Solomon Okuduwa, who provided technical support, had led the German ethnologists to the historic Igun Streets where they also met the Association of Bronze Founders.

Located in the heart of Berlin, the Forum is a hub of exhibitions that attract researchers and art lovers and strives to be the cultural destination compared to London’s museum.

The museum had announced plans to continue talks with Nigerian officials about the repatriation of the Benin Bronzes in its collections and promised to repatriate the same.