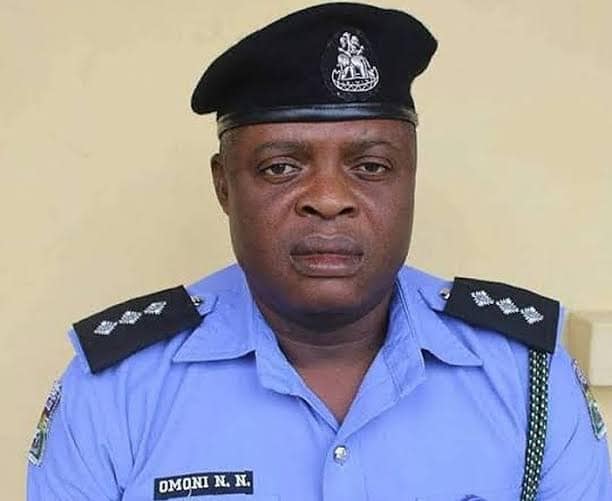 Rivers State Commissioner of Police Friday Eboka and the All Progressives Congress have mourned the death of former state police spokesman Nnamdi Omoni on Tuesday.

Before his death, Omoni was Superintendent of Police and the Divisional Police Officer in charge of the Elimgbu Police Station in the state’s Obio/Akpor Local Government Area.

Eboka said in a statement from Grace Iringe-Koko, the Public Relations Officer of the state command, that Omoni has died at Rivers State University Teaching Hospital, Port Harcourt.

The statement, titled ‘CP mourns demise of eminent DPO, read in part: “The late SP, who was an eminent communicator, came from Ndele in Rivers State’s Emohua LGA.

“He was conscripted into the Nigeria Police Force on November 1, 1989 and served for many years in various capacities, including Rivers State Command PPRO.

“He was the DPO, Elimgbu, before his death. The Command would like to extend its sincere condolences to the family, friends and all the good people of Rivers State.

Meanwhile, APC state spokesman Darlington Nwauju said in a statement that the party received the news of Omoni’s death with shock and said it was pursuing an open door policy.

The statement read: “The late officer who died on active duty as the Commando DPO Elimgbu division conducted an open door policy during his time as an image maker and facilitated a human rights office for the State Command.

“We pray that his legacy of interventions that instigated an alternative dispute settlement regime at the State Command will not be wiped out.

“Our party, which is a law-abiding political platform, will always work with the State Command and relevant security agencies to ensure that we witness credible and nonviolent elections by 2023.

“The APC at Rivers State prays that the good Lord will comfort all those he left behind and give the Commando the strength to bear this great loss.”

Omoni, who celebrated his birthday last weekend, was the longest-serving spokesman for the state police command.