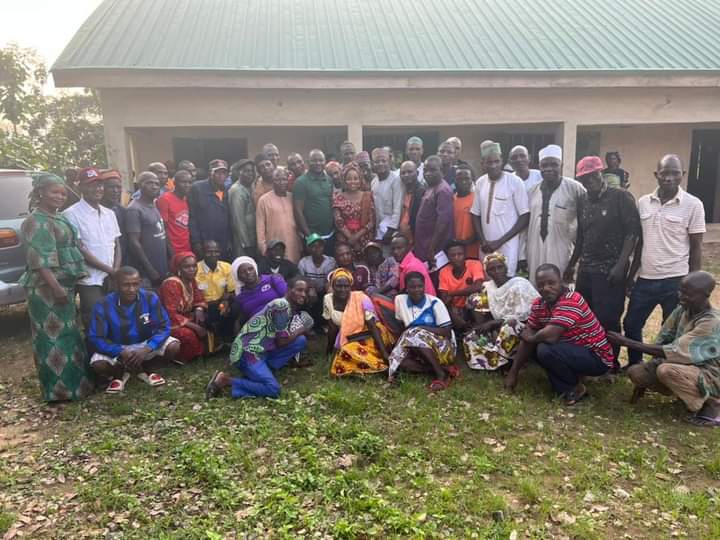 As the 2023 general election approaches and coupled with the country’s political permutations, Southern Kaduna All Progressives Congress female leader, Hon. Racheal Averik received 47 defectors from the People’s Democratic Party in the ruling party on Saturday.

The defectors, who were mainly from the Arak neighborhood of the state’s Sanga Local Government Area, noted that their defection stemmed from Governor Nasir El-rufai’s focus on inclusiveness of women and youth in his government and providing credible leadership.

“The governor’s excellent leadership style and his priority for women was one of the factors that motivated us to join the party – the APC.

“About 230 members would soon join us to ensure that the ruling party would remain in power beyond 2023.

Averik, joined by other party leaders as he received the defectors, said that over the past seven years, Governor El-Rufai’s government has implemented several programs for empowering women and youth and positioning them in strategic public offices.

She complained that the leaders of the opposition party, the PDP, were only concerned about contesting an elective position rather than nurturing and mentoring a new generation of leaders.

“The ruling party has provided ample opportunity for young people who held strategic positions in Governor El-rufai’s government and today they are millionaires,” Averik said.

She assured the defectors of justice and fairness and urged them to use their political weight to ensure victory for the party in 2023 and beyond.

“I want to appeal to both old and new members of the ruling party to work together in peace and obey the law and work for the supremacy of our party decisions,” she said.

She revealed that the party would soon make proper arrangements to receive all defectors.