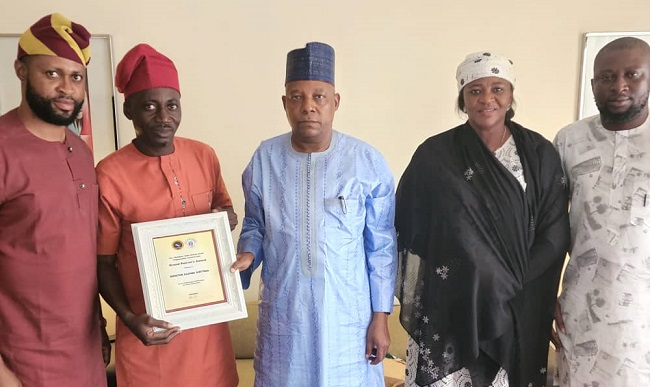 A socio-political organization in the ruling All Progressives Congress (APC), known as “APC Network Group,” has described the choice of former Borno state governor Kashim Shettima as a running mate for APC presidential candidate Bola Ahmed Tinubu as a perfect match for present-day Nigeria.

According to the group, the current critical state of affairs in the country, especially the issue of insecurity and economic downturn, requires radical, experienced, intractable and principled leaders such as Tinubu and Shettima to review their antecedents as two-term governors.

The group spoke through National Coordinator, Olusegun Adedokun, during a meeting with APC vice presidential candidate Kashim Shettima in Lagos.

Adedokun urged Nigerians to put aside feelings and disagreements and vote for the APC presidential candidates in the interest of Nigeria’s development.

The group expressed its support for the APC candidates and pledged to mobilize more youth groups to join the train to a better Nigeria.

In a comment, one of the group’s administrators, Ijidale, said strategies are being put in place to recruit and mobilize Tinubu/Shettima in the upcoming presidential election.

Shettima responded, appreciating the group for the visit and their words of encouragement, pledging his and the presidential candidate’s willingness to roll up their sleeves and work hard to put the country back on a path of honor.

He said the empowerment of youth and women would be a top priority, while pragmatic steps would be taken to improve trade and investment.