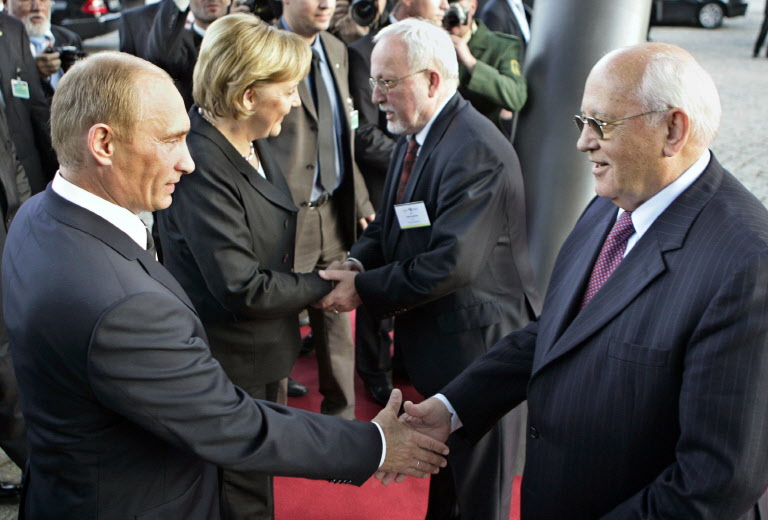 Mikhail Gorbachev’s death on Wednesday sparked a flurry of tributes from Western leaders, but response was muted in Russia, where many blamed the last Soviet leader for losing the country’s status as a global superpower.

Gorbachev, who changed the course of history by bringing about the demise of the Soviet Union and was one of the great figures of the 20th century, died Tuesday at the age of 91.

According to Russian news agency reports, he had died in a hospital in central Moscow “after a serious and prolonged illness”.

Gorbachev, who was in power between 1985 and 1991, helped bring US-Soviet relations out of the freezer and was the last surviving leader of the Cold War.

His life was one of the most influential of his time, and his reforms as a Soviet leader transformed his country and enabled Eastern Europe to liberate itself from Soviet rule.

The changes he initiated made him a lion in the West – he won the Nobel Peace Prize in 1990 – but also earned him the scorn of many Russians after the country plunged into economic chaos and its international influence diminished.

President Vladimir Putin, who called the collapse of the Soviet Union the greatest geopolitical catastrophe of the 20th century, has spent much of his more than 20-year rule reversing parts of Gorbachev’s legacy.

By cracking down on independent media and political opposition, critics say, Putin has worked to undo Gorbachev’s attempts to bring “glasnost” or openness to the Soviet system.

And with the launch of a military campaign in Ukraine earlier this year, he has sought to reaffirm Russian influence in one of the countries that gained independence when the Soviet Union collapsed.

‘One out of thousands’

In a letter of condolence published by the Kremlin, Putin said Gorbachev was “a politician and statesman who had a huge impact on the course of world history,” but said little about his political achievements.

Kremlin spokesman Dmitry Peskov told Russian news agencies it was not yet clear whether a state funeral would be held and a decision would be made later based on the family’s wishes.

On the streets of Moscow, many Russians refused to comment on his death, with one muttering he was “a traitor” and a young Russian asking who he was.

But in the West, where Gorbachev was fondly and fondly referred to as Gorby, he was hailed as an iconic figure.

US President Joe Biden called Gorbachev “the imagination to see that another future was possible and the courage to risk his entire career to achieve it”.

“The result was a safer world and more freedom for millions of people,” he said.

British Prime Minister Boris Johnson said Gorbachev’s “tireless commitment to opening up Soviet society remains an example to us all,” while UN chief Antonio Guterres called him “a unique statesman” who “did more than any other individual to bring about the peaceful end.” of the Cold War”.

French President Emmanuel Macron praised Gorbachev as a “man of peace whose choices opened a path of freedom for Russians”, and former German Chancellor Angela Merkel said he showed how “a single statesman can change the world for the better”.

Gorbachev was best known for defusing the US-Soviet nuclear tensions in the 1980s and moving Eastern Europe behind the Iron Curtain.

He won the Nobel Peace Prize for negotiating a historic nuclear weapons pact with US leader Ronald Reagan, and his decision to hold back the Soviet military when the Berlin Wall fell a year earlier was seen as key to keeping the peace. in the Cold War.

He was also championed in the West for leading reforms to achieve transparency and greater public discussion that hasten the disintegration of the Soviet empire.

He spent much of the past two decades on the political periphery, intermittently calling on the Kremlin and the White House to restore ties as tensions rose to Cold War levels after Russia annexed Crimea in 2014 and launched the offensive in Ukraine earlier this year.

Gorbachev had supported the annexation of Crimea, saying that most people on the peninsula “wanted to be reunited with Russia”.

He made no public statements about Russia’s military action in Ukraine, although his foundation called for “a rapid cessation of hostilities and immediate start of peace negotiations”.

Read also:  NURTW will not participate in political violence ― Baruwa

He spent the twilight years of his life in and out of the hospital in increasingly fragile health, observing self-quarantine during the pandemic.

He remained a controversial figure and had a difficult relationship with Putin.

Many Russians still fondly look back on the Soviet era, and Putin relies on his achievements to support Russia’s claim to greatness and its own prestige.

When the USSR collapsed, Gorbachev was succeeded by the younger Boris Yeltsin, who became Russia’s first president.

From then on, Gorbachev was banished to the sidelines and devoted himself to educational and humanitarian projects.

Supporter of the free press

He made a disastrous attempt to return to politics and ran for president in 1996, but received only 0.5 percent of the vote.

An early supporter of the leading independent newspaper Novaya Gazeta, founded in 1993, he donated part of his Nobel Prize for the purchase of his first computers.

But the newspaper, like Russian independent media across the board, came under increasing pressure under Putin.

In a tribute published after Gorbachev’s death, Muratov praised him as a man who “put human rights above the state and valued a peaceful heaven more than personal power”.