We will not allow Lawan to block Buhari’s resignation – Senator 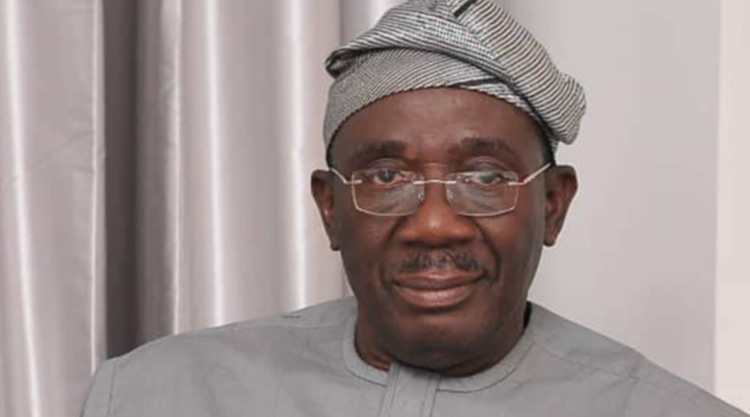 The senator representing Osun East and the deputy chairman of the Senate Committee on Customs and Excise, Francis Fadahunsi, have said opposition parties in the Upper House of the National Assembly have decided to fire Senate President Ahmad Lawan if he made every effort to frustrate the resignation process of the president, General Muhammadu Buhari (ret.), next month.

Fadahunsi said in an interview with journalists in Abuja on Wednesday that the majority of senators across political party lines had already passed a no-confidence vote against Buhari over his government’s inability to deal with the deteriorating security situation in the country.

He expressed doubts about the president’s ability to tackle the security challenges the country currently faces in six weeks, as he was unable to do so for seven years.

He said: “We have talked and given suggestions on how to end the insecurity challenges facing the country, but the head (President of the Senate) is addicted to the Villa. He frustrated all our steps to take drastic measures against to take the president.

“We have now decided to strike while the iron is still hot rather than wasting our time by working with the Ahmad Lawan leadership as the nation is destroyed by terrorists with no government plan to stop them . We don’t wait for all of us to be killed.

“We have now decided to get out of the ‘rubber stamp’ scheme so that all of Nigeria would know that we are addressing the failing economy, massive debt build-up, falling naira, insecurity across the country and the unprecedented forms of corruption going on in the country. the state system.

“Unfortunately, the man who leads us now (Lawan) previously led opposition lawmakers and then challenged the rot in the system. Now he doesn’t want anyone to challenge Buhari’s government when things fail every day. Any leader who opposes such a challenge in a democratic setting must also be challenged because we are elected by the people.

“Go interview most of the senators. There is no effective oversight of the ministries, departments and agencies of the federal government. Buhari will bring the budget and his people here will want us to pass it on as he brings it. No exams and heads of MDAs do what they want.”

Fadahunsi vowed that impeachment proceedings would begin as soon as his colleagues resumed their current six-week annual vacation on September 20.

“Those who voted for Buhari in 2015 thought he could contain the uncertainty, as a former military general. Unfortunately things are getting worse under his supervision and he seemed helpless. That’s why we decided that if we come back on September 20 and find that the situation is still the same, without significant steps, we would drop him.

“We will first accuse anyone who says we will not accuse Buhari. If anyone tries to block us here, be it the Senate President or anyone in the Senate, we will remove that person. The President finds it difficult to fire his underperforming security chiefs while not arresting those who terrorize the nation. There was tension everywhere and something drastic had to be done,” he added.

Senators from the People’s Democratic Party had walked out of the red room during the plenary session last Wednesday after Lawan blocked steps to start impeachment proceedings against Buhari over the security situation in the country.

In response to the development, presidential media aides, Femi Adesina and Garba Shehu, had both condemned the action by the opposition senators.

Adesina had said, “I think it (impeachment) was just bravado, and unfortunately security isn’t something you encourage. You don’t start making lighthearted ultimatums in something that’s a matter of life and death.”

Shehu also said, “Despite the performative and childish antics of those senators taking a stroll, Senate President Ahmad Lawan’s refusal on Wednesday to pass the ridiculous motion to impeach our president was quite appropriate and proper.”